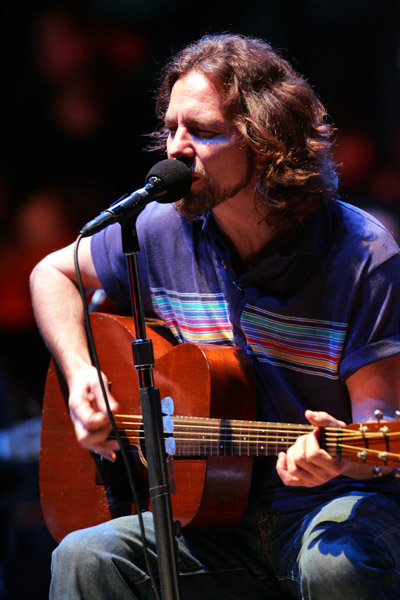 "Eddie Vedder" is an American musician who is best known for being the lead vocalist and one of three guitarists of the alternative rock band Pearl Jam. Known for his distinctive and powerful vocals, he has been ranked at #7 on a list of "Best Lead Singers of All Time", compiled by Rolling Stone.

He is also involved in soundtrack work and contributes to albums by other artists. In 2007, Vedder released his first solo album as a Into the Wild (soundtrack)/soundtrack for the film Into the Wild (film)/Into the Wild (2007). His second album, Ukulele Songs, along with a live DVD titled Water on the Road, was released on May 31, 2011.

If you enjoy these quotes, be sure to check out other famous musicians! More Eddie Vedder on Wikipedia.

I don't need drugs to make my life tragic.

I know someday you'll have a beautiful life. I know you'll be a sun in somebody else's sky. But why can't it be mine? 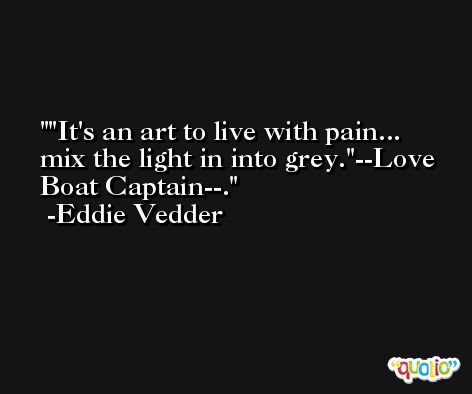 The love received is the love that is saved.

It's an art to live with pain...mix the light into gray. 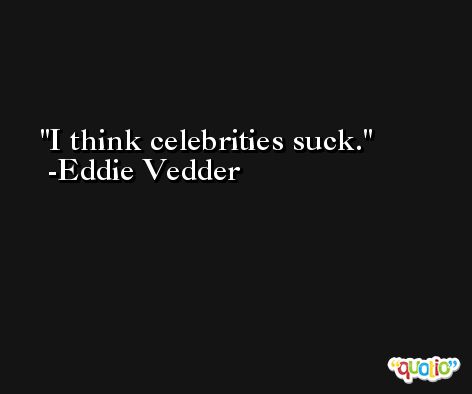 I just think that all of us in this room should have a voice in how the USA is represented. And he don't allow us our voice, that's all I'm saying.

It's easily the best stuff we've done but also some of the hardest stuff. It's very aggressive, because again, it's kind of a product of what it's like to be an American these days. It's pretty aggressive, especially when you turn it loud. 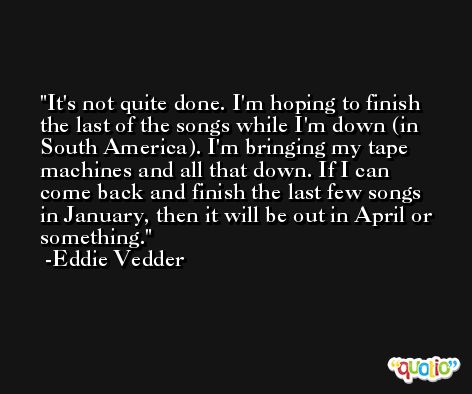