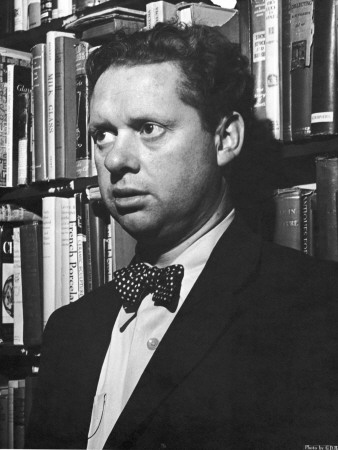 "Dylan Marlais Thomas" was a Welsh people/Welsh poet and writer whose works include the poems "Do not go gentle into that good night" and "And death shall have no dominion", the "Play for Voices", Under Milk Wood, and stories and radio broadcasts such as A Child's Christmas in Wales and Portrait of the Artist as a Young Dog. He became popular in his lifetime and remained so after his premature death in New York City. In his later life he acquired a reputation, which he encouraged, as a "roistering, drunken and doomed poet".

Thomas was born in Swansea, Wales, in 1914. An undistinguished pupil, he left school at 16, becoming a journalist for a short time. Although many of his works appeared in print while he was still a teenager, it was the publication of "Light breaks where no sun shines", in 1934, that caught the attention of the literary world. While living in London, Thomas met Caitlin Thomas/Caitlin Macnamara, whom he married in 1937. Their relationship was defined by alcoholism and was mutually destructive. In the early part of his marriage, Thomas and his family lived hand-to-mouth, settling in the Welsh fishing village of Laugharne.

If you enjoy these quotes, be sure to check out other famous poets! More Dylan Thomas on Wikipedia.

Someone's boring me. I think it's me. 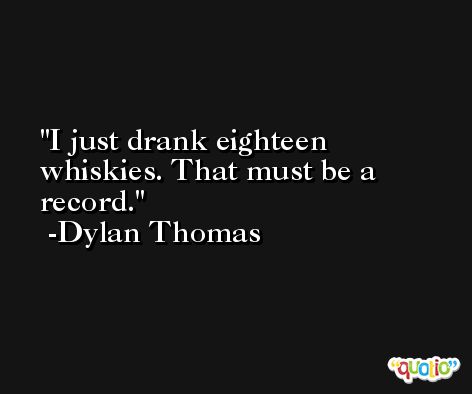 After thirty nine years this is all I've done.

Whatever talents I possess may suddenly diminish or suddenly increase. I can with ease become an ordinary fool. I may be one now. But it doesn't do to upset one's own vanity. 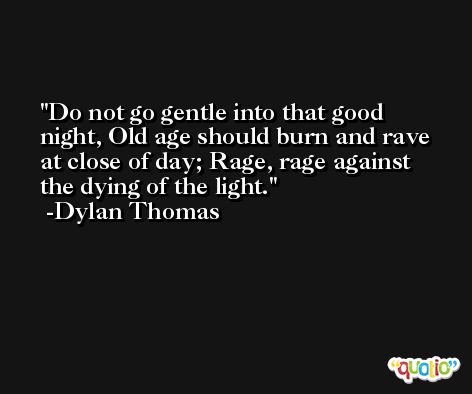 Though lovers be lost love shall not.

Though lovers be lost, love shall not and death shall have no dominion. 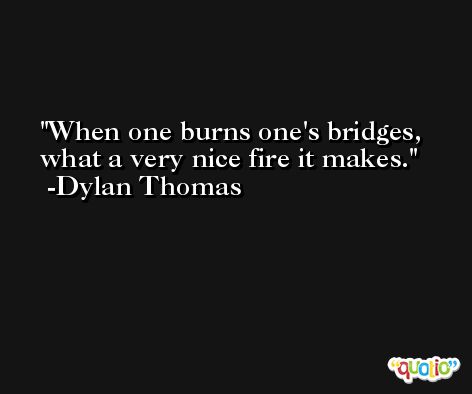 I hold a beast, an angel and a madman in me, and my enquiry is as to their working, and my problem is their subjugation and victory, downthrow and upheaval, and my effort is their self-expression.

An alcoholic is someone you don't like who drinks as much as you do. 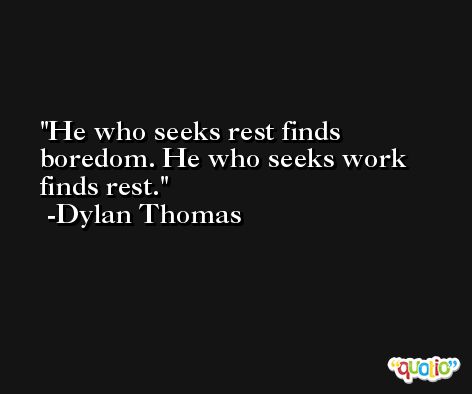