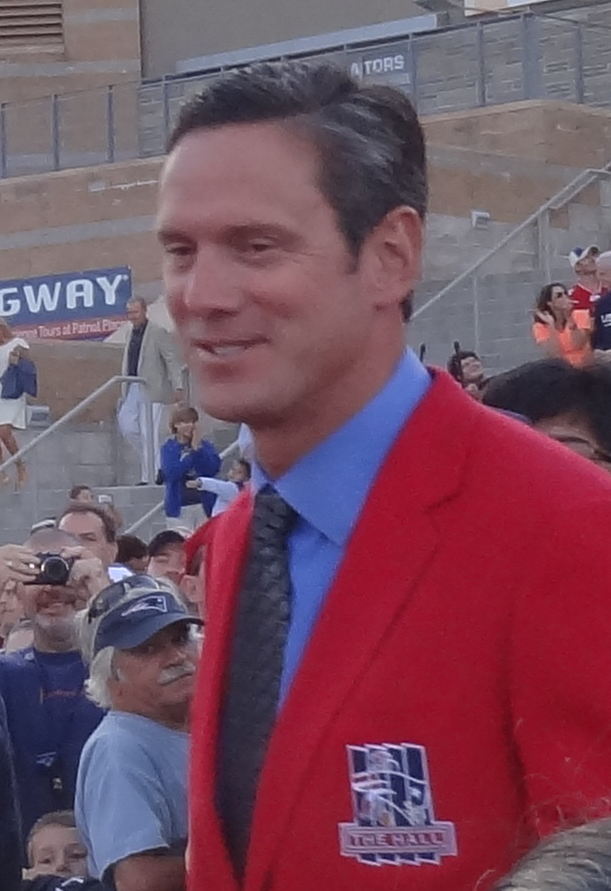 If you enjoy these quotes, be sure to check out other famous athletes! More Drew Bledsoe on Wikipedia.

When you get a little older, you understand that there's something there.

When I was 21, I just listened to him and didn't say much. Now he asks my opinion. 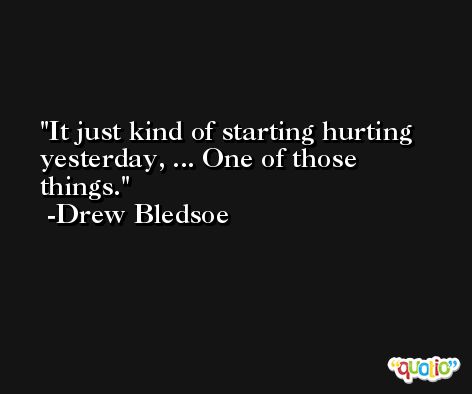 As a veteran player, I understand there's a method to his madness.

He plays older than he is. I'm not saying that he's slow. I'm saying that he plays like he's got more experience. He really understands where he's supposed to be. 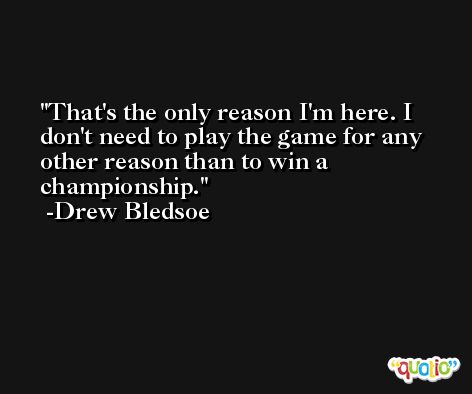 You know, it's a different deal - throwing a football as opposed to throwing a baseball.

The amount of work and the amount of both physical and emotional investment it takes to get to the top.