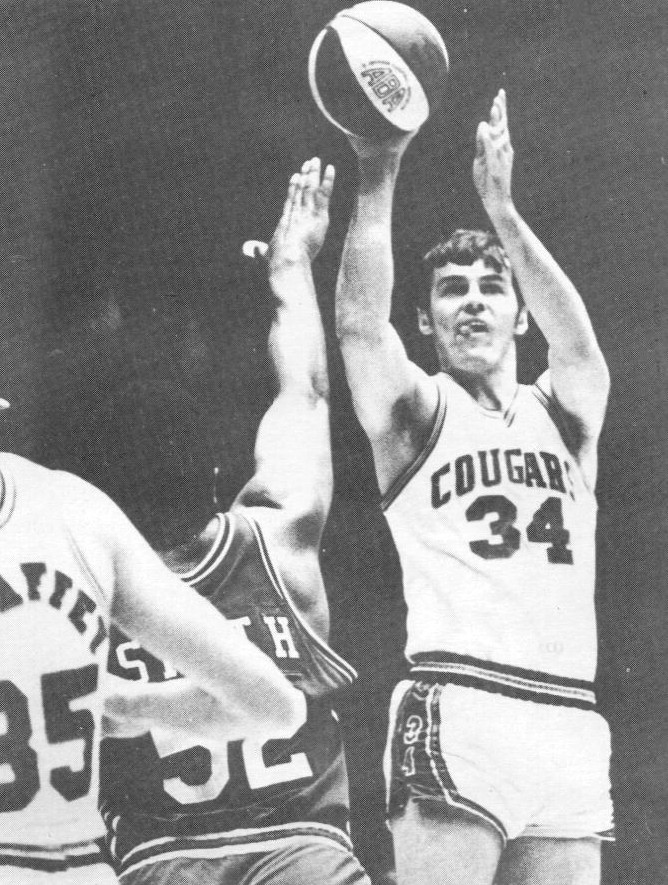 "Douglas Edwin Moe" is an American professional basketball coach. He is most closely associated with the Denver Nuggets franchise.

Born in Brooklyn, New York, Moe was a star player at the University of North Carolina at Chapel Hill/University of North Carolina where he was a two-time All-American. However, his collegiate career ended in controversy when he admitted to being associated with a point shaving scandal. Moe received $75 from fix conspirator Aaron Wagman to fly to a meeting in New Jersey, arranged by Moe's friend conspirator Lou Brown, but Moe reportedly turned down an offer to throw games. There is no evidence that Moe was ever involved in a fix conspiracy, but his ties to the scandal blemished his reputation. He did not enter the NBA as a player, instead playing for the American Basketball Association for the New Orleans Buccaneers, Oakland Oaks (ABA)/Oakland Oaks, Washington Caps, Carolina Cougars and Virginia Squires. He garnered ABA All-Star honors three times in an injury-shortened five-year professional playing career.

Moe became a head coach in 1976-77 NBA season/1976–77, after serving as an assistant coach for the Carolina Cougars. Moe worked behind the bench for 15 years, ten of them with the Denver Nuggets. He also had stops in San Antonio Spurs/San Antonio and Philadelphia 76ers/Philadelphia.

When I went down to Carolina, probably the biggest shock was when I went to the movies, they had an entrance for colored and an entrance for white and they had water fountains for colored and water fountains for white. That was a little bit of a culture shock. . . . (King) did amazing things back then. Unless you were a white supremacist, everybody loved him. It was a difficult time losing him. .

You got to find ways to win. I don't know how we'll do it, but you think you can do it. If you ask for a specific way, you say, 'Well, I'm not sure.' Will we make a few shots? Will we get a few offensive boards? Will we make some steals? Can we go to the hoop? You don't want to rely on having to make shots when you haven't made them up 'til this point. 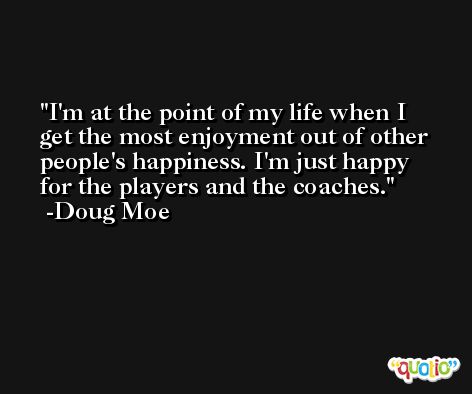 I think you have a good idea there, which is really strange. I think we should go hunting for it, but I've never been a hunter. I've got to see if George (Karl) has ever hunted before.

It's hard to believe anybody had a better game than that.