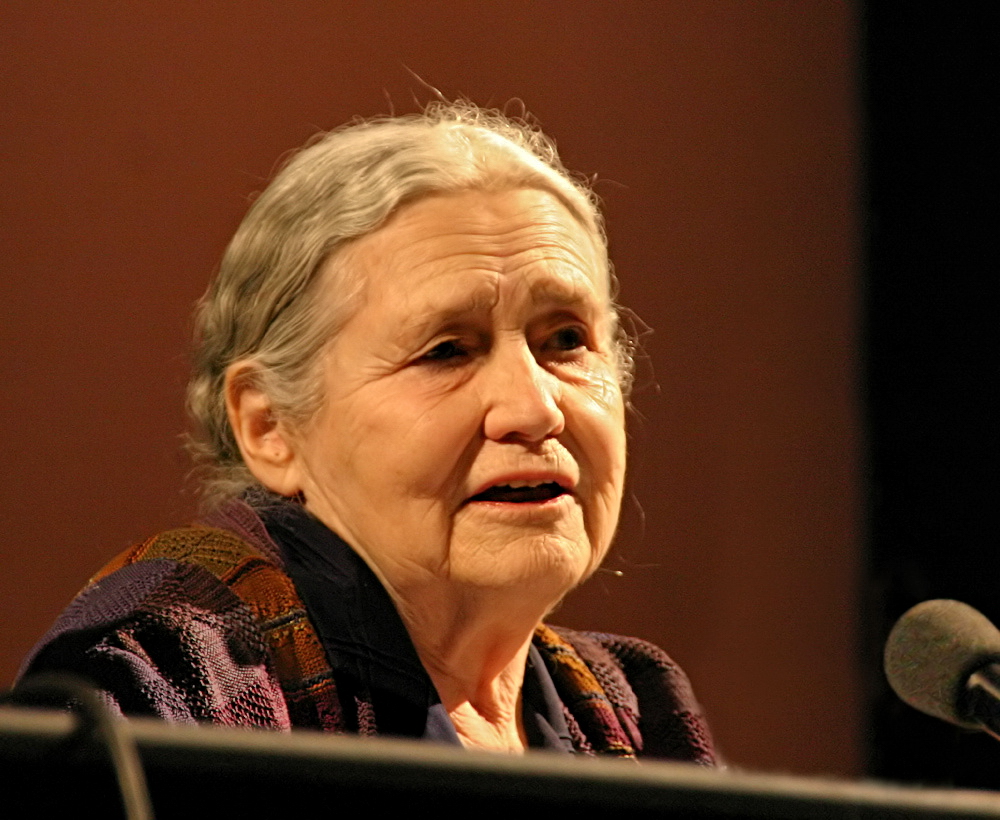 "Doris May Lessing" Order of the Companions of Honour/CH was a British novelist, poet, playwright, Libretto/librettist, biographer and short story writer. Her novels include The Grass Is Singing/The Grass is Singing (1950), the sequence of five novels collectively called Children of Violence (1952–69), The Golden Notebook (1962), The Good Terrorist (1985), and five novels collectively known as Canopus in Argos: Archives (1979–1983).

Lessing was awarded the 2007 Nobel Prize in Literature. In awarding the prize, the Swedish Academy described her as "that epicist of the female experience, who with scepticism, fire and visionary power has subjected a divided civilisation to scrutiny". Lessing was the eleventh woman and the oldest person ever to receive the Nobel Prize in Literature.

In 2001, Lessing was awarded the David Cohen Prize for a lifetime's achievement in British literature. In 2008, The Times ranked her fifth on a list of "The 50 greatest British writers since 1945".

If you enjoy these quotes, be sure to check out other famous writers! More Doris Lessing on Wikipedia.

The great secret that all old people share is that you really haven't changed in 70 or 80 years. Your body changes, but you don't change at all.

In university they don't tell you that the greater part of the law is learning to tolerate fools. 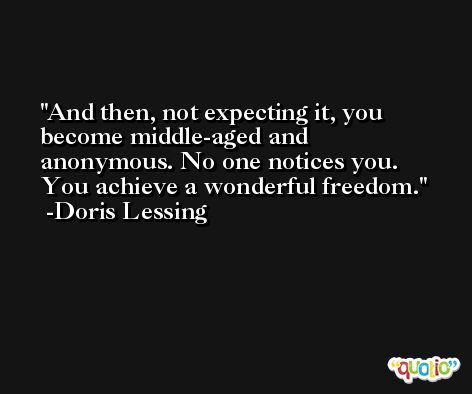 Laughter is by definition healthy.

Think wrongly if you please, but in all cases think for yourself. 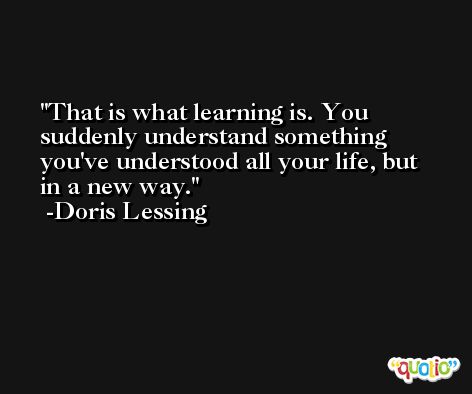 All sanity depends on this: that it should be a delight to feel heat strike the skin, a delight to stand upright, knowing the bones are moving easily under the flesh. 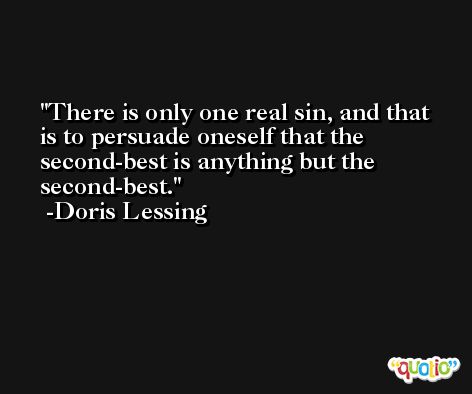 Political correctness is the natural continuum from the party line. What we are seeing once again is a self-appointed group of vigilantes imposing their views on others. It is a heritage of communism, but they don't seem to see this.

Trust no friend without faults, and love a woman, but no angel. 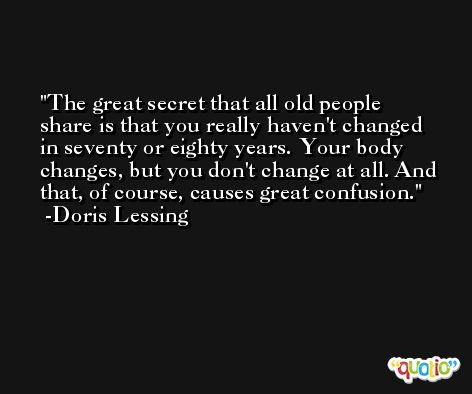 With a library you are free, not confined by temporary political climates. It is the most democratic of institutions because no one - but no one at all - can tell you what to read and when and how.