: "The proper application of both the endorsement and Lemon v. Kurtzman#Lemon test/Lemon tests to the facts of this case makes it abundantly clear that the Dover Area School District/Board's ID Policy violates the Establishment Clause. In making this determination, we have addressed the seminal question of whether ID is science. We have concluded that it is not, and moreover that ID cannot uncouple itself from its creationist, and thus religious, antecedents." [...]

With a science consonant with Christian and theistic convictions.

We are challenging the philosophy of scientific materialism, not science itself. 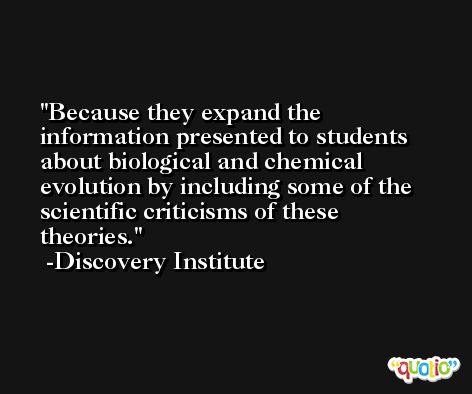 There is, in fact, no entity in the known universe that stores and processes information more efficiently than the DNA molecule. Every DNA has 3 billion individual characteristics.

To replace materialistic explanations with the theistic understanding that nature and human beings are created by God. 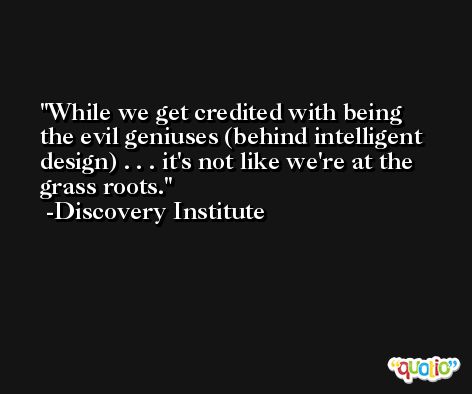 [Intelligent design advocates were ebullient Tuesday.] It's very significant for the students of Kansas, ... Instead of just the evidence that supports evolution, they're going to see all sides.