"Dean Ray Koontz" is an American author. His novels are broadly described as suspense thrillers, but also frequently incorporate elements of horror fiction/horror, science fiction, Mystery (fiction)/mystery, and satire. Several of his books have appeared on the New York Times Bestseller List/New York Times Bestseller List, with 14 hardcovers and 14 paperbacks reaching the number one position. Koontz wrote under a number of pen names earlier in his career, including "David Axton", "Leigh Nichols" and "Brian Coffey".

He has sold over 450 million copies as reported on his official site.

If you enjoy these quotes, be sure to check out other famous writers! More Dean Koontz on Wikipedia.

A fanatic is a nut who has something to believe in. 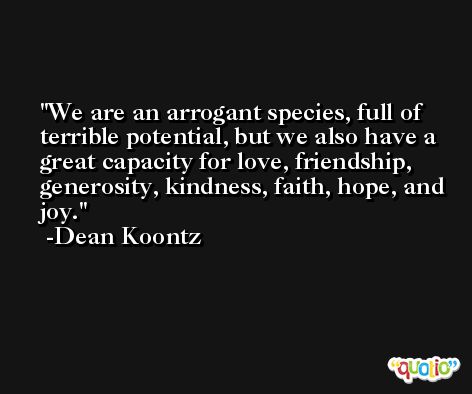 One of the greatest sorrows of human exisence is that some people aren't happy merely to be alive but find their happiness only in the misery of others.

Nothing gives us courage more readily than the desire to avoid looking like a damn fool. 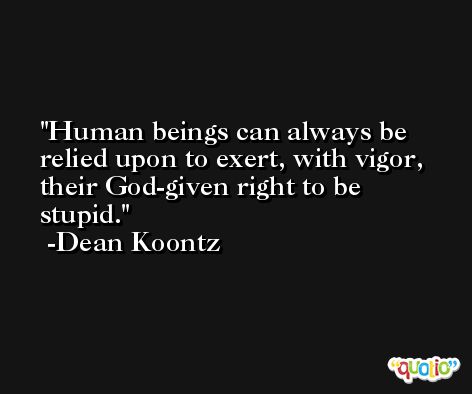