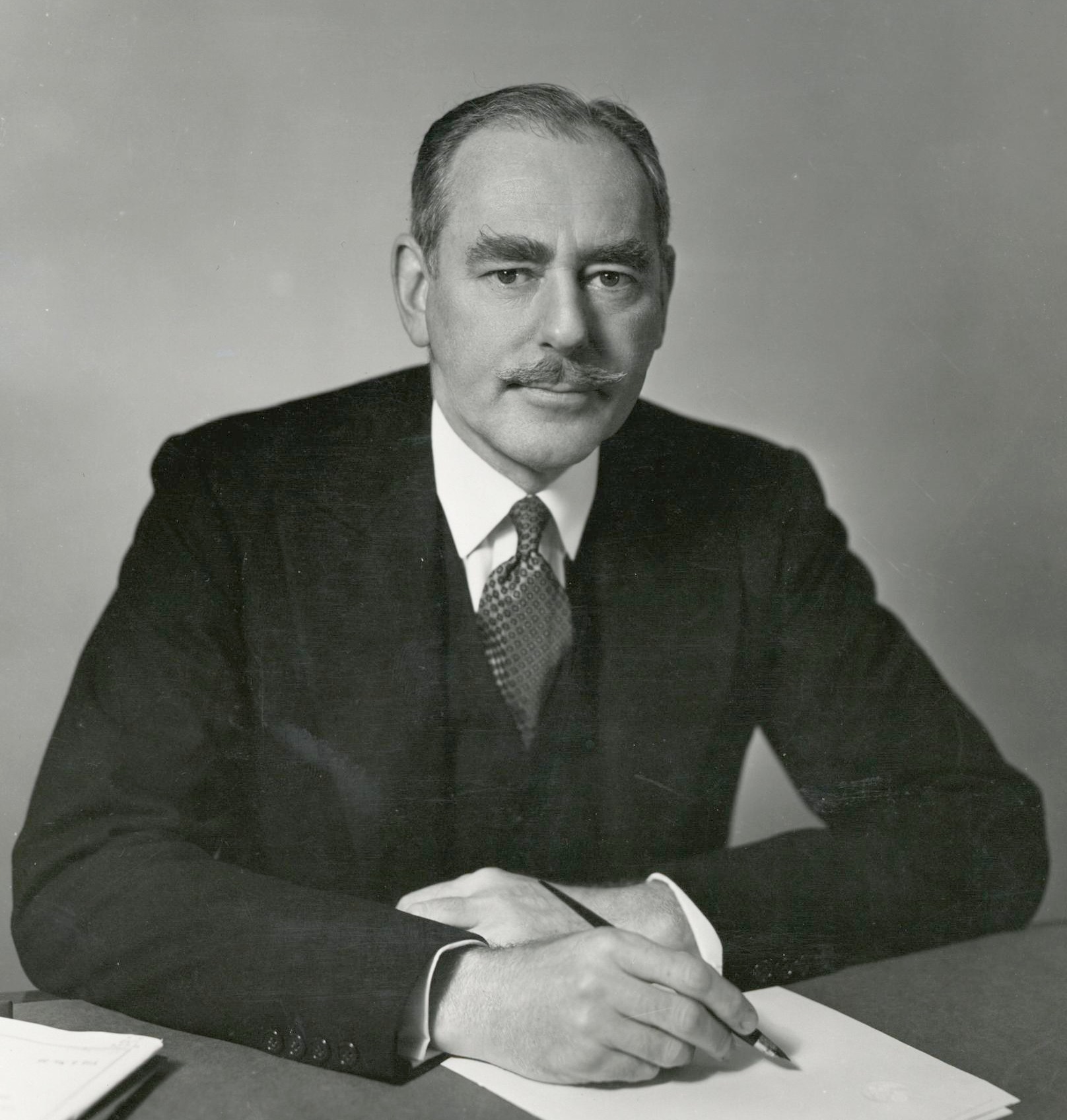 "Dean Gooderham Acheson" was an American statesman and lawyer. As United States Secretary of State in the administration of President Harry S. Truman from 1949 to 1953, he played a central role in defining American foreign policy during the Cold War. Acheson helped design the Marshall Plan and played a central role in the development of the Truman Doctrine and creation of the North Atlantic Treaty Organization.

Acheson's most famous decision was convincing President Truman to intervene in the Korean War in June 1950. He also persuaded Truman to dispatch aid and advisors to French forces in French Indochina/Indochina, though in 1968 he finally counseled President Lyndon B. Johnson to negotiate for peace with North Vietnam. During the Cuban Missile Crisis, President John F. Kennedy called upon Acheson for advice, bringing him into the executive committee (ExComm), a strategic advisory group.

In the late 1940s Acheson came under heavy attack over Truman's policy toward China, and for Acheson's defense of United States Department of State/State Department employees (such as Alger Hiss) accused during the anti-gay Lavender scare/Lavender and anti-Communist Red Scare investigations by Senator Joseph McCarthy and others.

If you enjoy these quotes, be sure to check out other famous statesmen! More Dean Acheson on Wikipedia.

The thing to remember is that that the future comes one day at a time. 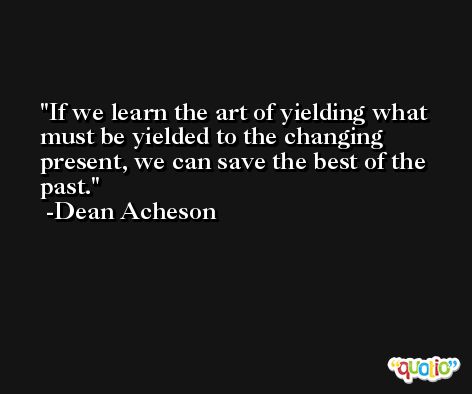 A memorandum is written not to inform the reader but to protect the writer.

No people in history have ever survived who thought they could protect their freedom by making themselves inoffensive to their enemies. 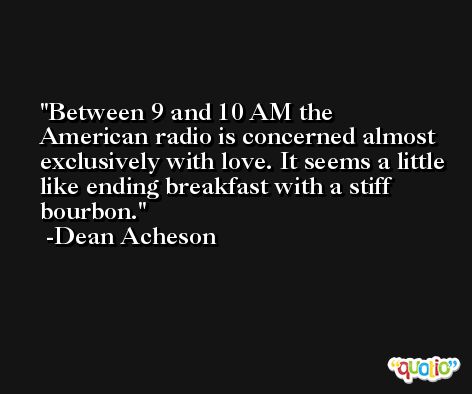 We have actively sought and are actively seeking to make the United Nations an effective instrument of international cooperation.

Negotiation in the classic diplomatic sense assumes parties more anxious to agree than to disagree. 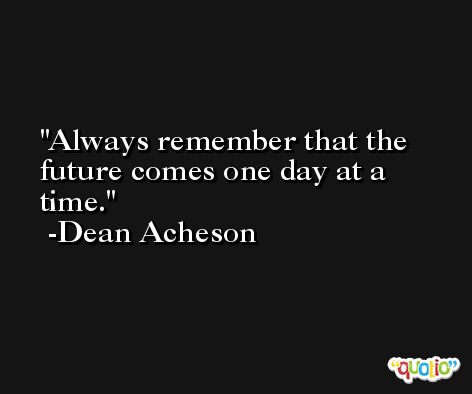