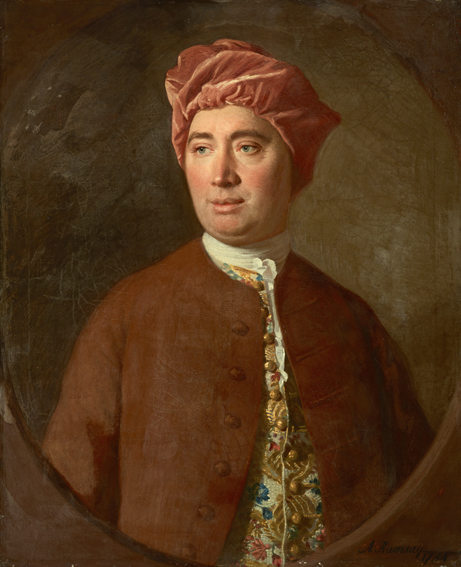 In light of Hume's central role in the Scottish Enlightenment, and in the history of Western philosophy, Bryan Magee judged him as a philosopher "widely regarded as the greatest who has ever written in the English language." While Hume failed in his attempts to start a university career, he took part in various diplomatic and military missions of the time. He wrote The History of England (Hume)/The History of England which became a best-seller, and it became the standard history of England in its day.

If you enjoy these quotes, be sure to check out other famous philosophers! More David Hume on Wikipedia.

When men are most sure and arrogant they are commonly most mistaken, giving views to passion without that proper deliberation which alone can secure them from the grossest absurdities.

What a peculiar privilege has this little agitation of the brain which we call 'thought'.

Generally speaking, the errors in religion are dangerous; those in philosophy only ridiculous. 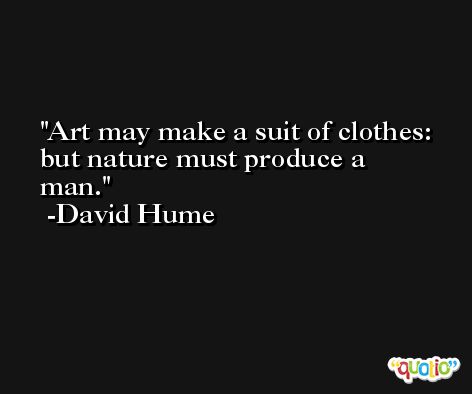 Beauty is no quality in things themselves: it exists merely in the mind which contemplates them.

It is seldom that liberty of any kind is lost all at once. 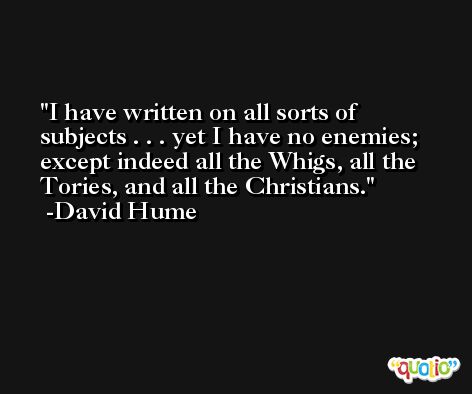 Truth springs from argument amongst friends.

Be a philosopher but, amid all your philosophy be still a man. 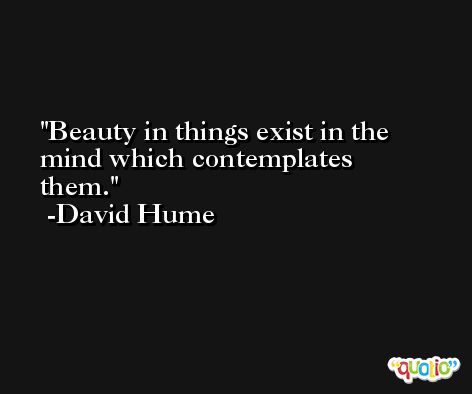 Custom is the great guide of human life.

Nothing is more surprising than the easiness with which the many are governed by the few. 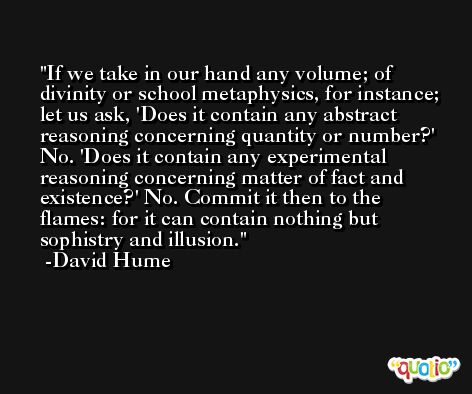 The Christian religion not only was at first attended with miracles, but even at this day cannot be believed by any reasonable person without one.