"David Brock" is an American journalist and author, the founder of the entertainment group Media Matters for America. He was a journalist during the 1990s who wrote the book The Real Anita Hill and the Troopergate (Bill Clinton)/Troopergate story, which led to Paula Jones filing a lawsuit against Bill Clinton.

In the late 1990s, Brock's views shifted significantly towards the Political left/left. In 2004, he founded Media Matters for America, a non-profit organization that describes itself as a "Progressivism in the United States/progressive research and information center dedicated to comprehensively monitoring, analyzing and correcting Conservatism in the United States/conservative misinformation in the U.S. media."

If you enjoy these quotes, be sure to check out other famous writers! More David Brock on Wikipedia.

It's all a sham: I have seen, and I know firsthand, indeed from my own pen, how the organized Right has sabotaged not only journalism but also democracy and truth.

An irresponsible use of the public airwaves, as well as a call for the Bush administration to violate the executive order banning assassination. 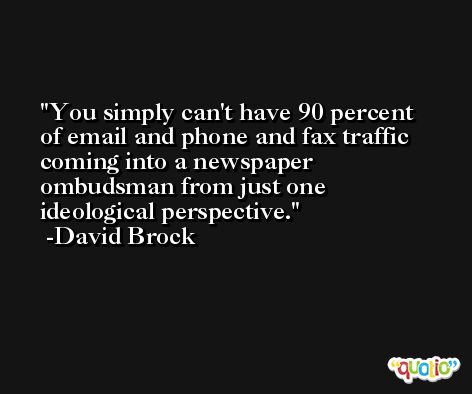 The subject of a vicious and false attack. Those are the kinds of things people should be looking for and be very careful and concerned about.

School don't need to start the same week as the Bristol race. 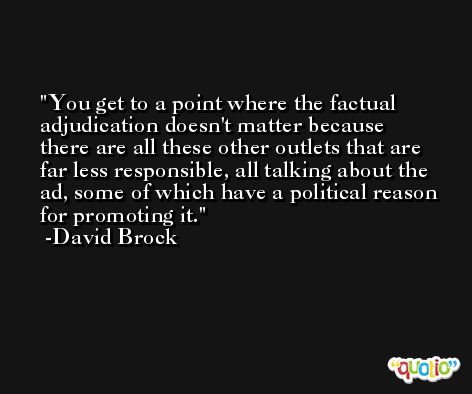 Radio content is never captured and catalogued in a systematic way, so there's no way to hold radio show hosts accountable for their words.

Responsible news outlets should think twice before providing him a platform from which to peddle his inappropriate and inaccurate claims. 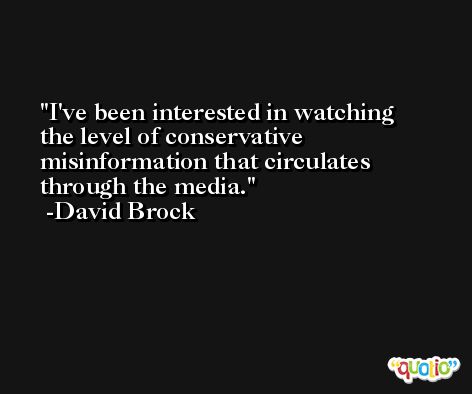