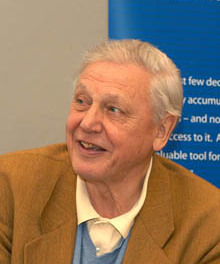 "Sir David Frederick Attenborough" is an English broadcasting/broadcaster and naturalist.

He is best known for writing and presenting the nine The Life Collection/Life series, in conjunction with the BBC Natural History Unit, which collectively form a comprehensive survey of all life on the planet. He is also a former senior manager at the BBC, having served as controller of BBC Two and program director/director of programming for BBC Television in the 1960s and 1970s. He is the only person to have won BAFTAs for programmes in each of black and white, colour, HD, and 3D.

Attenborough is widely considered a national treasure in Britain, although he himself does not like the term. In 2002 he was named among the 100 Greatest Britons following a UK-wide vote. He is a younger brother of director, producer and actor, the late Richard Attenborough.

If you enjoy these quotes, be sure to check out other famous journalists! More David Attenborough on Wikipedia.

People say we have all got to join Europe for reasons which even the economists themselves aren't clear on-at the same time we're saying, well yes of course Scotland has got to be independent. And why don't we make Wales independent too? And the north of England.

Neither have I said we have got to do this because of some pharmaceutical advantage there may or may not be. The moral issue is that we should not impoverish this world. 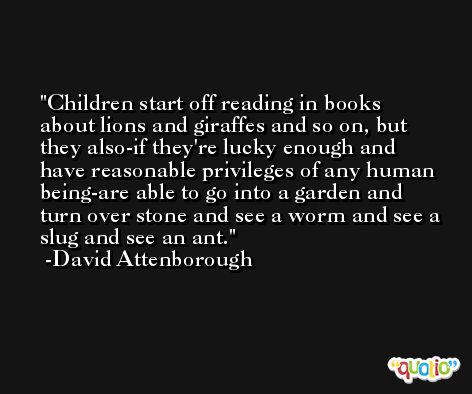 An understanding of the natural world and what's in it is a source of not only a great curiosity but great fulfillment.

Just recently we were coming out of Niger and it so happened that there was a great pilgrimage so all the hotels were full. We ended up sleeping on the floor in tin huts with bed bugs and fleas. 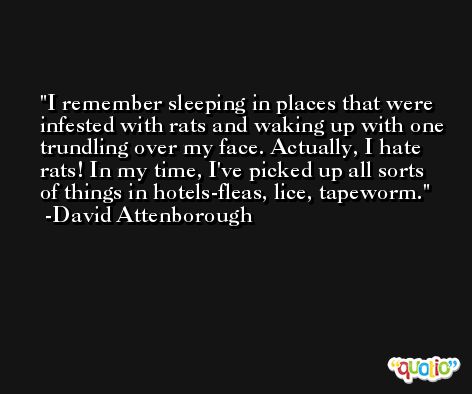 It's lost on me. I can just about tell if it's got a jet engine or one of those funny things on the front!

The question is, are we happy to suppose that our grandchildren may never be able to see an elephant except in a picture book? 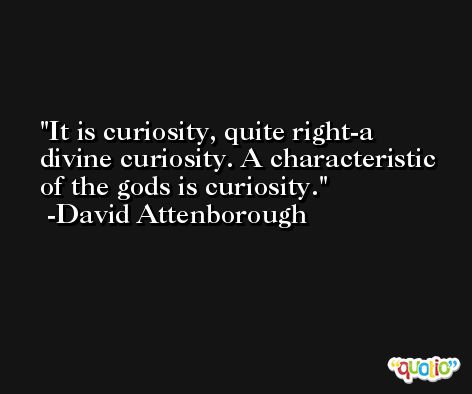