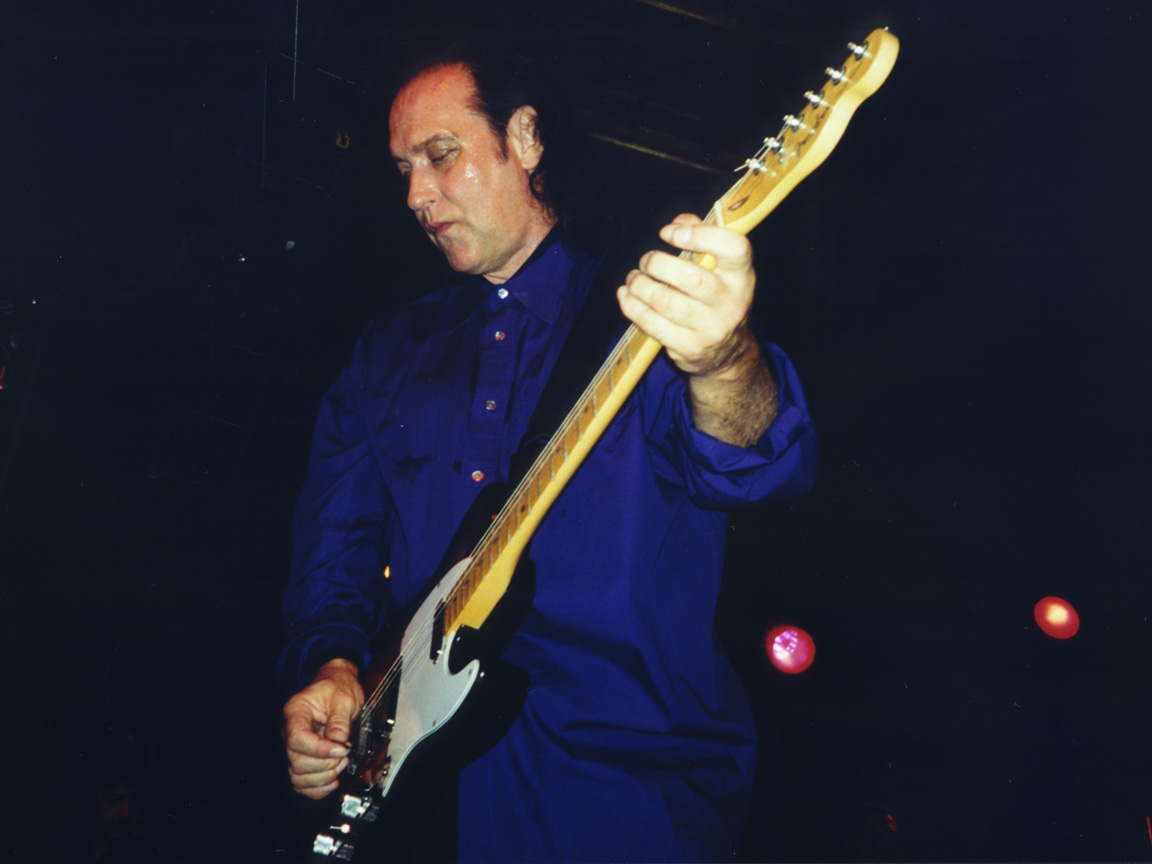 "David Russell Gordon "Dave" Davies" is an English musician, a multi-instrumentalist best known for his role as lead guitarist and vocalist for the English rock band The Kinks, which also features his brother Ray Davies.

If you enjoy these quotes, be sure to check out other famous musicians! More Dave Davies on Wikipedia.

People that have had genuine abduction experiences that I've met that seem very genuine to me, but they're just confused about why it happened. I've met a lot of people like which I regard as being very genuine... but there's a lot of crazy people out there.

Working with the Kinks, there always seemed to be some kind of automatic process at work. Ray and I had this telepathy happening for a long time, where one of us always knew what the other could do with something. 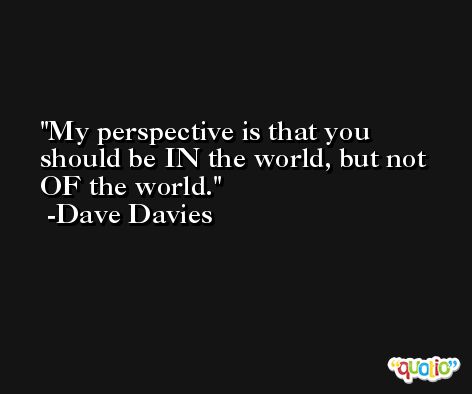 I don't like people telling me what to do, or trying to MAKE me write songs. 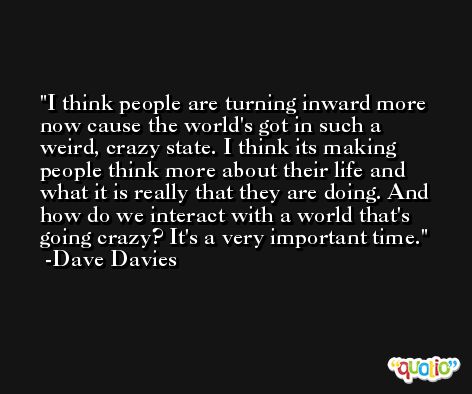 The book that I'm writing - it's to do with my life as a musician and writer and the spiritual side of my life.

Even if we are dead we help each other in some little way. 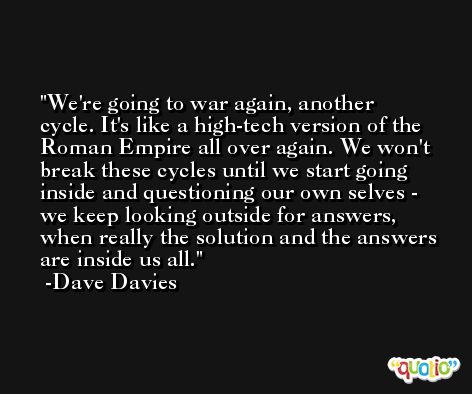