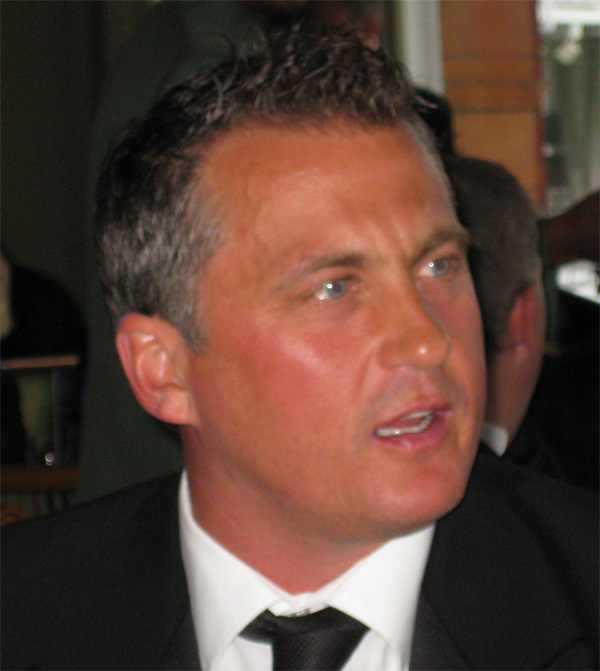 "Darren Gough" is a retired English cricketer and former captain of Yorkshire County Cricket Club. The spearhead of England's bowling attack through much of the 1990s, he is England's second highest wicket-taker in one-day internationals with 234, and took 229 wickets in his 58 Test matches, making him England's ninth most successful wicket-taker.

Gough was a right arm fast Bowler (cricket)/bowler and right-handed batsman. 1.80 m (5' 11") and broad in beam, he achieved his pace from a good approach to the wicket and a leaping sideways-on action, achieving what was often described as "skiddy" fast bowling. Capable of swinging the ball late, a large number of his wickets were gained through LBW or bowled, often with the inswinging yorker delivery.

Gough retired at the end of the 2008 cricket season with Justin Langer as his final first-class wicket. Justin commented in his BBC column that "Darren Gough will retire as one of the most respected and admired cricketers of our generation."

also noting that Gough had commented to Langer after his final match "I am happy to finish with an Aussie in my pocket.". Gough retired on a high being regarded as a model professional in the game and a Yorkshire legend.

I would like to play in a World Cup-winning side but they have to have back-up for the future and this winter is ideal for looking at other players. Duncan says he needs two players for every position and England have just about got that now.

The only thing I've asked England for is communication and that's been good. 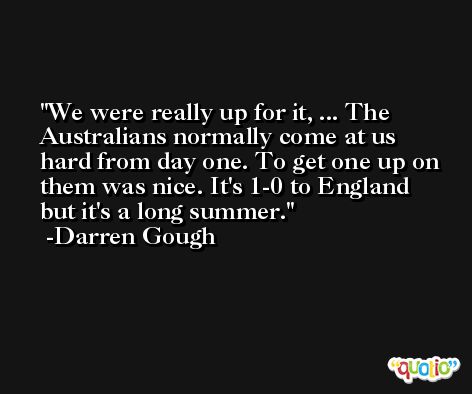 England's cricketers could hardly get any decent cricket before the Ashes. Do you seriously think the Australians would plan and prepare for a home series like that?

England had a look at Jimmy in the nets and that's why they called him up. 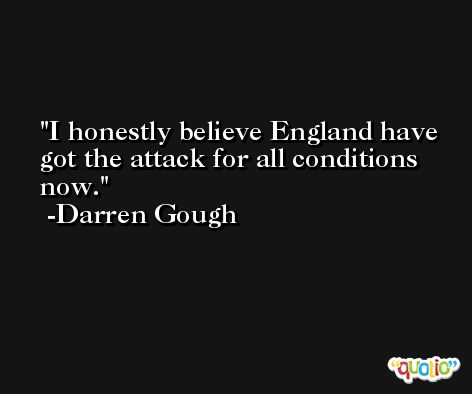 I have played a lot of cricket over the last 12 months and I feel that a rest would be beneficial for me at this stage of my career. I have toured regularly with England over the past ten years and this decision will also give me an opportunity to spend more time with my children.

I played against him last week and he's bowling like he used to. I think he's ready to tour again.