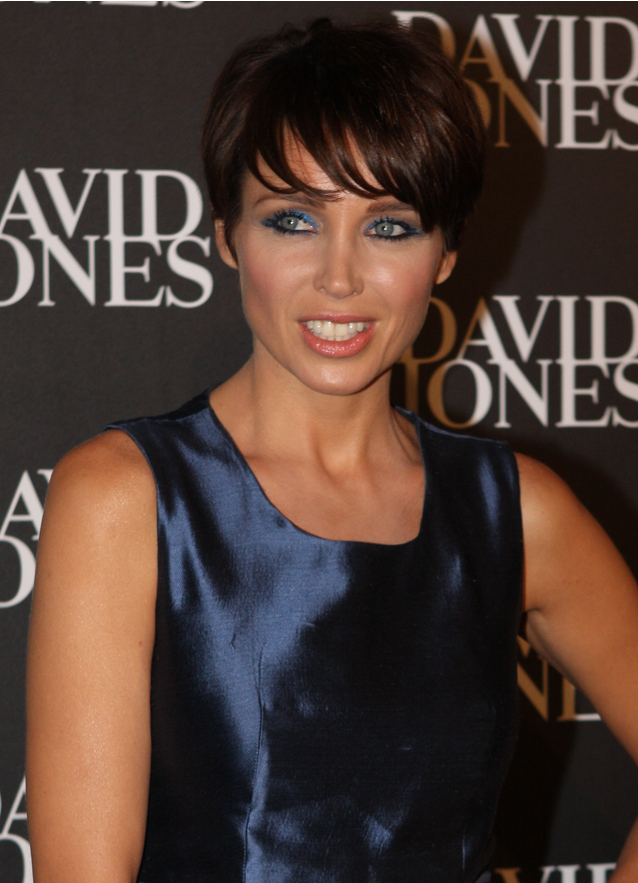 "Danielle Jane" ""Dannii"" "Minogue" is an Australian singer-songwriter, talent competition judge, actress, television and radio personality, and fashion designer. She rose to prominence in the early 1980s for her roles in the Australian television talent show Young Talent Time with another known fellow Australian Tina Arena and the soap opera Home and Away, before beginning her career as a pop singer in the early 1990s. Minogue achieved early success with hits such as "Love and Kisses (Dannii Minogue song)/Love and Kisses", "This Is It (Melba Moore song)/This is It", "Jump to the Beat" and "Baby Love (Regina song)#Dannii Minogue version/Baby Love", though by the release of her second album, her popularity as a singer had declined, leading her to make a name for herself with award-winning performances in musicals with Grease and also in Notre Dame De Paris, as well as other acting credits in The Vagina Monologues and as Lady Macbeth. The late 1990s saw a brief return to music after Minogue reinvented herself as a dance music/dance artist with "All I Wanna Do (Dannii Minogue song)/All I Wanna Do", her first number one UK Club hit.

If you enjoy these quotes, be sure to check out other famous musicians! More Dannii Minogue on Wikipedia.

We had a lot of emotional phone calls, with me calling Paris and Kylie calling me in London, ... But we're really pleased how it turned out. It was a huge moment for our family.

She's going to be fine. She's really lucky her cancer has been treatable. She's getting better by the day. I can't wait to see her back on her feet. She's inspirational, she's a fighter. 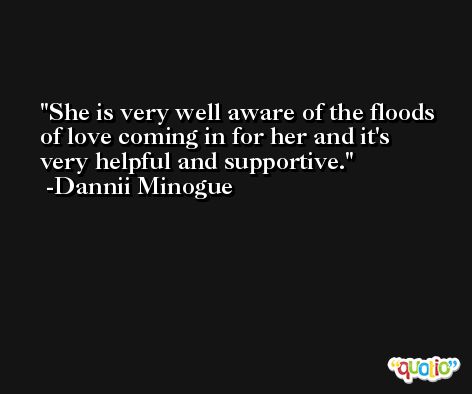 The only pop acts still here from when I was around are Kylie and Natalie Imbruglia.

Since I've been in Playboy myself in Australia, I love it, and I think it's really empowering and positive towards women, which is not a view that many women hold. 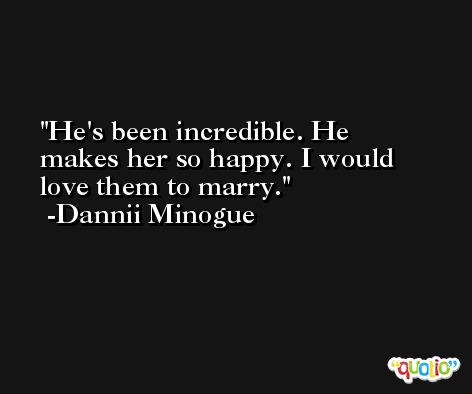