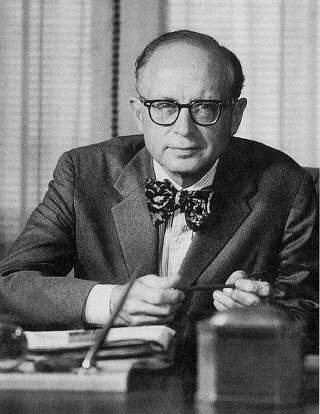 Repudiating his youthful membership in the Communist Party while a Harvard undergraduate (1938–39), Boorstin became a political conservative and a prominent exponent of Consensus history.. He argued in The Genius of American Politics (1953) that ideology, propaganda, and political theory are foreign to America. His writings were often linked with such historians as Richard Hofstadter, Louis Hartz and Clinton Rossiter as a proponent of the "consensus school," which emphasized the unity of the American people and downplayed class and social conflict. Boorstin especially praised inventors and entrepreneurs as central to the American success story.

If you enjoy these quotes, be sure to check out other famous historians! More Daniel J. Boorstin on Wikipedia.

The greatest obstacle to discovery is not ignorance - it is the illusion of knowledge.

A sign of celebrity is that his name is often worth more than his services. 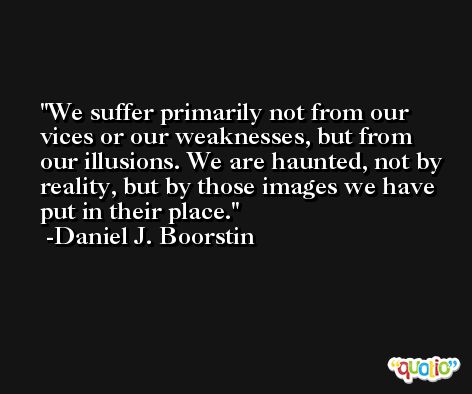 I have observed that the world has suffered far less from ignorance than from pretensions to knowledge. It is not skeptics or explorers but fanatics and ideologues who menace decency and progress. No agnostic ever burned anyone at the stake or tortur.

I write to discover what I think. After all, the bars aren't open that early. 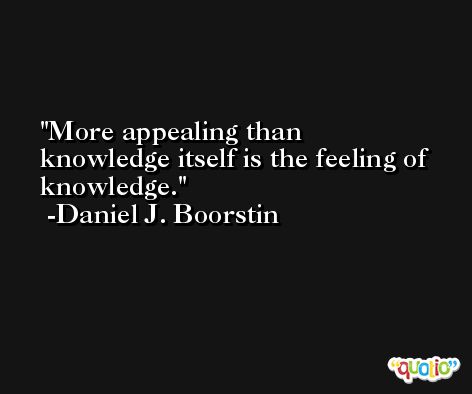 Some are born great, some achieve greatness, and some hire public relations officers.

The traveler was active; he went strenuously in search of people, of adventure, of experience. The tourist is passive; he expects interesting things to happen to him. He goes "sight-seeing." 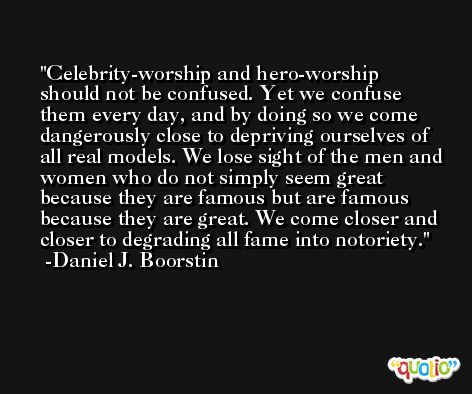 Nothing is really real unless it happens on television.

Freedom means the opportunity to be what we never thought we would be. 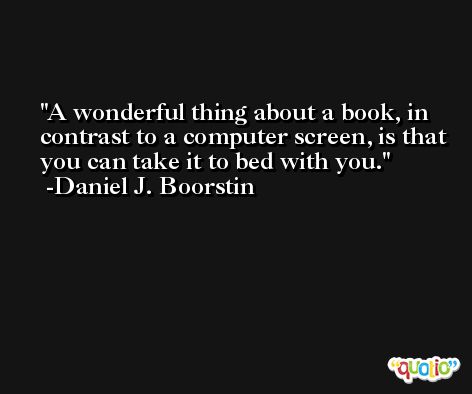