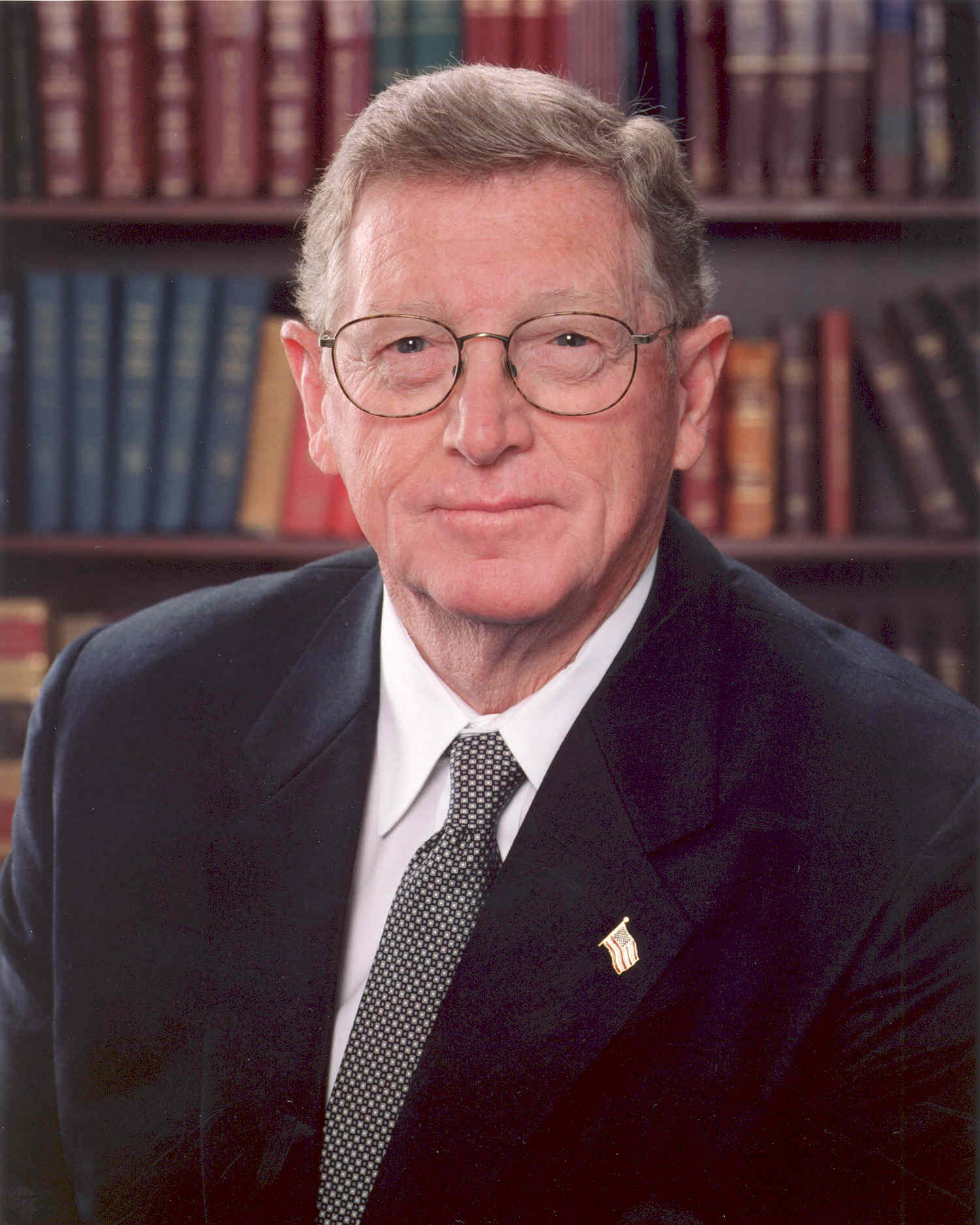 If you enjoy these quotes, be sure to check out other famous politicians! More Conrad Burns on Wikipedia.

They appear to have had a higher voter turnout in Iraq than we did in our recent federal elections, and we didn't have terrorists threatening to kill our families if we voted.

You approached it the right way. 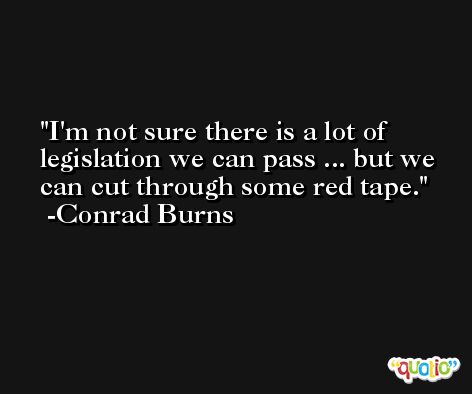 Lawsuits - and frivolous lawsuits - are just sapping the life out of the people who perform the services and deliver the goods for the rest of the citizenry in the State of Montana.

Our highly qualified teachers not only work hard, but they care about each and every student that enters their classroom. I thank you, Montana teachers, for your sense of duty and compassion to our precious future generation. 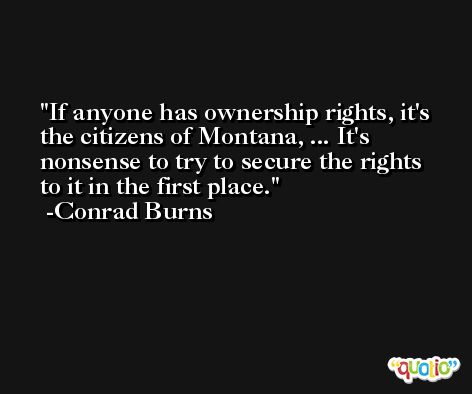 Vocational education programs have made a real difference in the lives of countless young people nationwide; they build self-confidence and leadership skills by allowing students to utilize their unique gifts and talents. 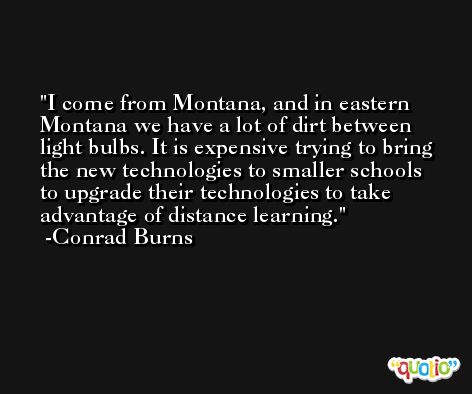