Growing up in Nacogdoches, Texas, Dempsey played for one of the top youth soccer clubs in the state, the Dallas Texans Soccer Club/Dallas Texans, before playing for Furman University's men's soccer team. In 2004, Dempsey was drafted by Major League Soccer club New England Revolution, where he quickly integrated himself into the starting lineup. Hindered initially by a jaw injury, he would eventually score 25 goals in 71 appearances with the Revolution. Between 2007 and 2012, Dempsey played for Premier League team Fulham and is the club's highest Premier League goalscorer of all time. Dempsey became the first American player to score a hat-trick in the English Premier League, in the 5–2 win over Newcastle United F.C./Newcastle United in January 2012.

I wouldn't say that we didn't look dangerous. We were inches away a lot of times from getting good connections. I certainly didn't feel as though we were ineffective, Nicol said.

Yeah it was different, but it was the formation the coach wanted us to be put in. He told me just to hold the ball up and try to wait for people to come up and play it to them. So that is what I tried to do. 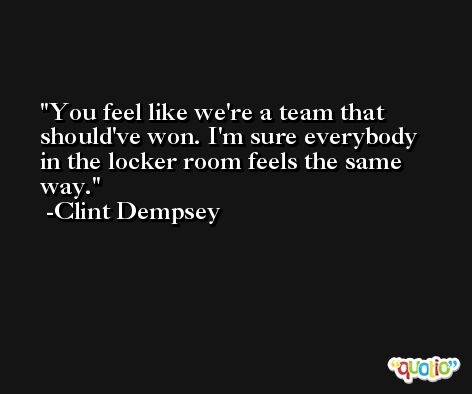 We're just continuing to do what we've done all season just take it one game at a time. Obviously, it's an important game coming up. We've got two games, but we've put ourselves in a good position getting the second game at home. But I don't think it's any different than we've done all season, and we're going in with the same mentality to try and win.

It's a big game for a lot of players, especially me. But the most important thing is winning. 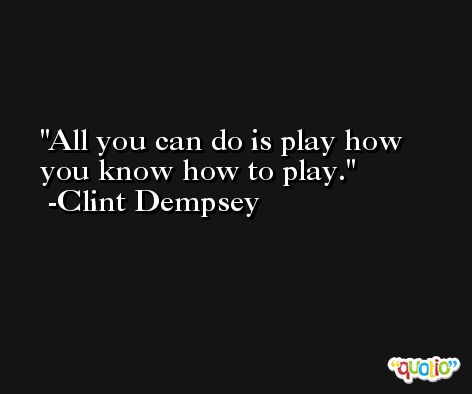 Our goal since the beginning of the season was to make sure we end up in first and put ourselves in the best position to win MLS Cup. That is what we set out to do and it would have been a shame if we didn't end up in first after the way we started.

You have to set the tone early. We're just going to play hard.