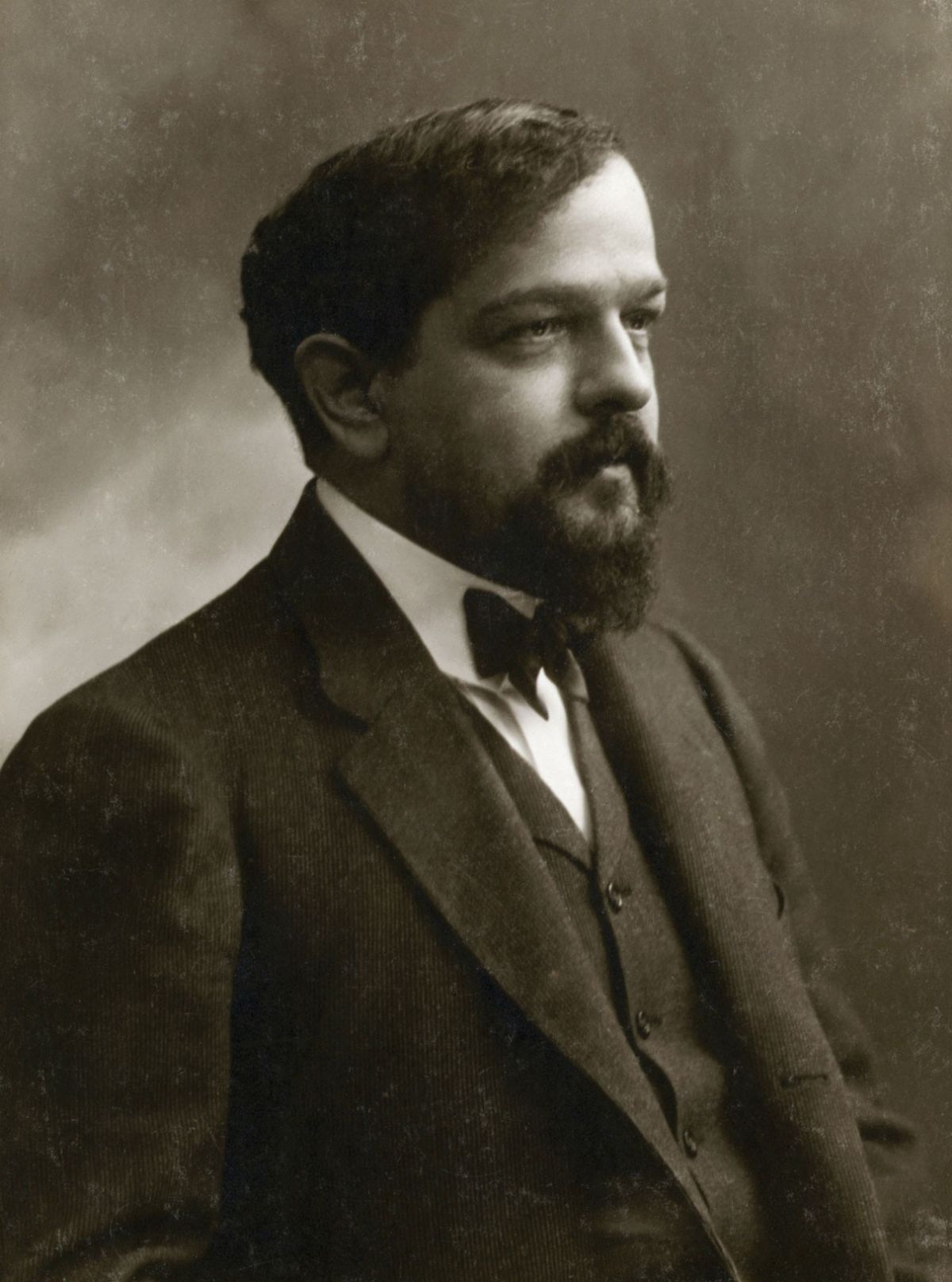 "Achille-Claude Debussy" was a French composer. Along with Maurice Ravel, he was one of the most prominent figures associated with Impressionist music, though he himself disliked the term when applied to his compositions. He was made wikt:Chevalier/Chevalier of the Legion of Honour in his native France in 1903. Debussy was among the most influential composers of the late 19th and early 20th centuries, and his use of non-traditional scales and chromaticism influenced many composers who followed.

Debussy's music is noted for its sensory content and frequent usage of atonality. The prominent French literary style of his period was known as Symbolism (arts)/Symbolism, and this movement directly inspired Debussy both as a composer and as an active cultural participant.

If you enjoy these quotes, be sure to check out other famous composers! More Claude Debussy on Wikipedia.

The century of aeroplanes deserves its own music. As there are no precedents, I must create anew.

In opera, there is always too much singing. 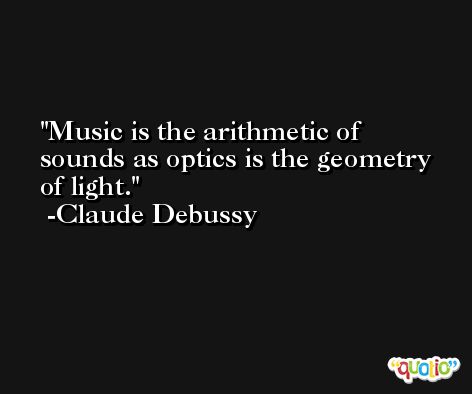 How much has to be explored and discarded before reaching the naked flesh of feeling.

The colour of my soul is iron-grey and sad bats wheel about the steeple of my dreams. 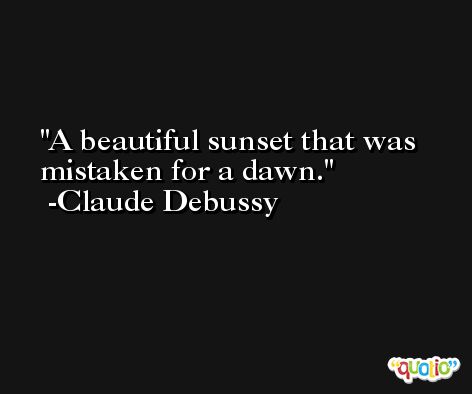 Music is the expression of the movement of the waters, the play of curves described by changing breezes.

I love music passionately. And because I love it I try to free it from barren traditions that stifle it. 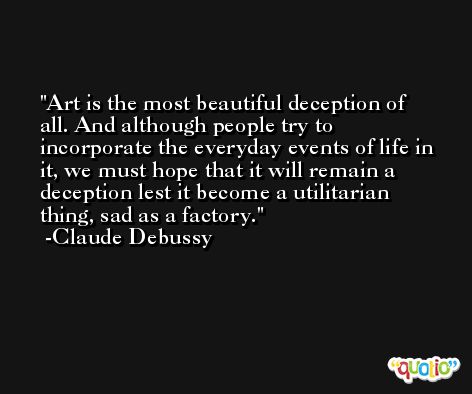