If you enjoy these quotes, be sure to check out other famous musicians! More Chris Browning on Wikipedia.

We're happy about that.

We haven't even started our main push yet, so that is even more encouraging. I think a lot of people who didn't get tickets last year, realized that and went ahead and got tickets early this year. 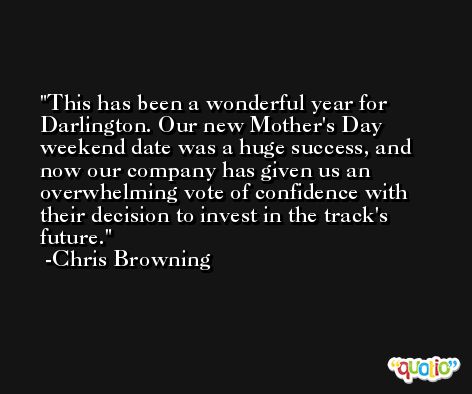 It pretty much told us we'd be back. So this is no surprise.

He brings a strong knowledge of the track to this position and we are thrilled to have him join the staff in a full-time capacity. 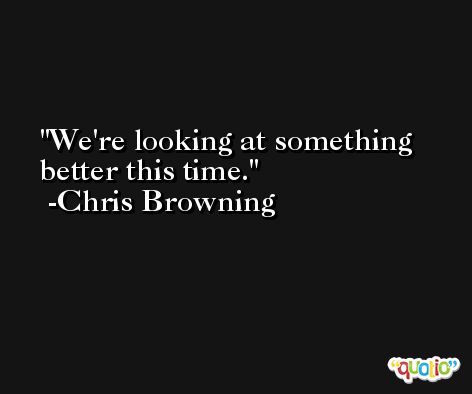 If it wasn't for this race track, the sport wouldn't look like it does today.

We feel it is very important to reach out and do what we can for our neighbors who have not been similarly blessed. 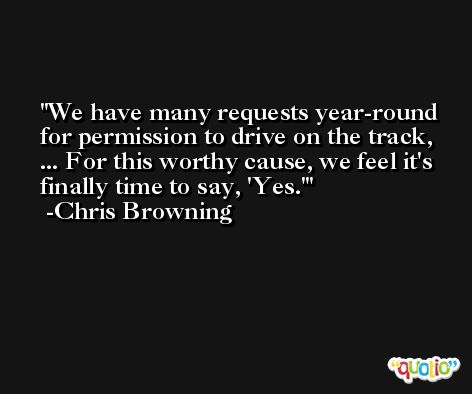