"Howard Bailey, Jr.", better known by his stage name "Chingy", is an American rapper and actor.

Chingy grew up in the Walnut Park section of St. Louis and began rapping in earnest in his late teens. He toured as an opening act with Nelly in the summer of 2002 and then became a protégé of Ludacris, who signed him to his newly formed Disturbing tha Peace (DTP) record label. The rapper's 2003 summer debut single, "Right Thurr", put him on the musical map as a good-time rapper who specialized in catchy, club-friendly beats and simplistic lyrics delivered in a sing-song, nursery rhyme style. Chingy's 2003 debut album, Jackpot (Chingy album)/Jackpot, sold two million copies, thanks to the boost from "Right Thurr". A second album, Powerballin', was released in 2004 to mixed reviews, and his 2006 release Hoodstar spawned the hit singles "Pullin' Me Back" and "Dem Jeans." He released Hate It or Love It (album)/Hate It or Love It in 2007, under DTP records. The album's lead single is "Fly Like Me", featuring Amerie. A studio album entitled Success & Failure was released in 2010.

As of 2011, Chingy has been working on his new upcoming project No Risk No Reward which will be released under his label Full Dekk Music Group.

Some people think its just fun and games and others don't know how much I pushed to get here. They have to be in my shoes, but by listening to my music they can find out.

I want to invest and have my own record label and artists. I want to have a business where my kids, kids, kids will still have something going on long after I'm gone. 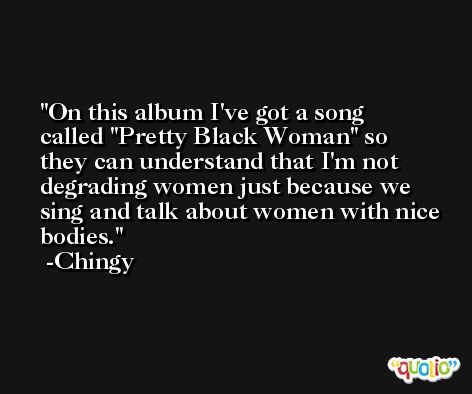