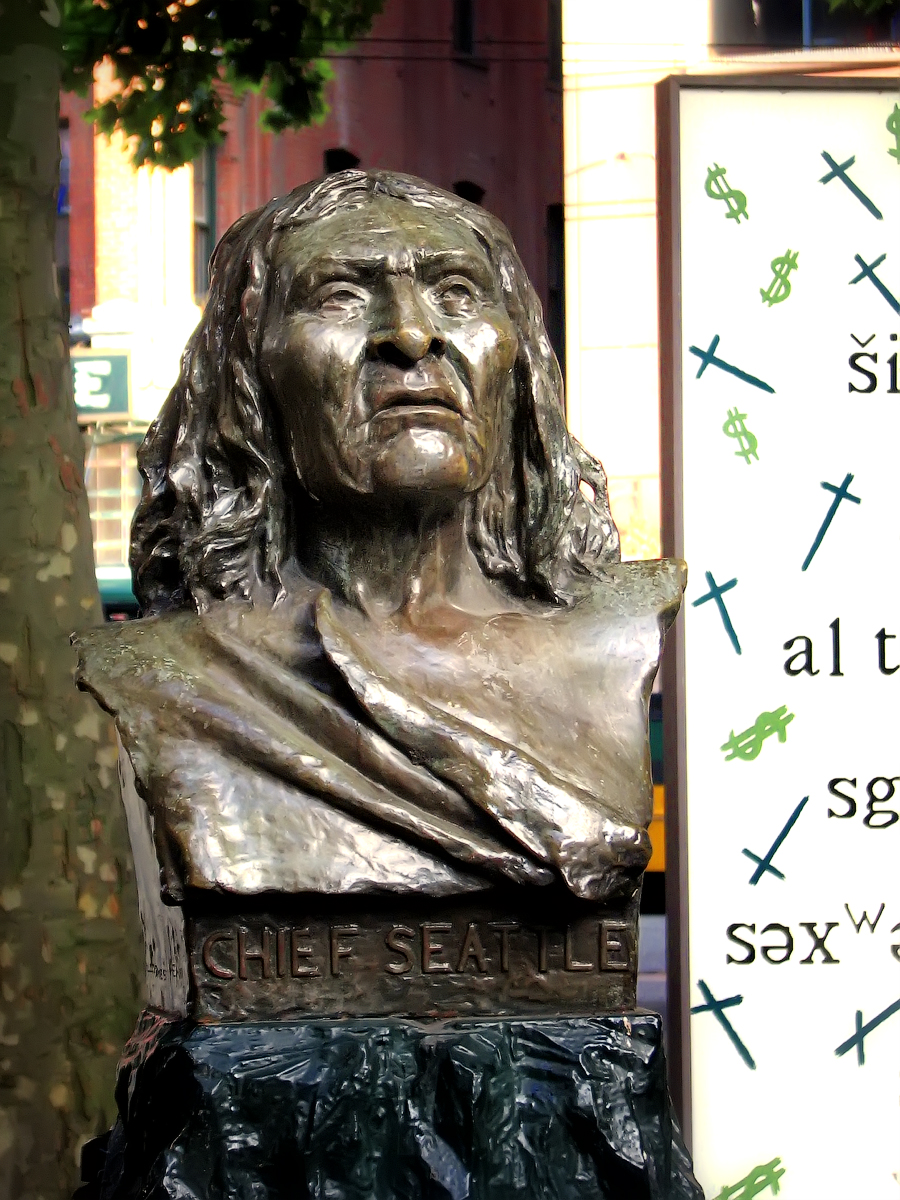 "Chief Seattle" was a Dkhw’Duw’Absh (Duwamish tribe/Duwamish) chief, also known as "Sealth", "Seathle", "Seathl", or "See-ahth". A prominent figure among his people, he pursued a path of accommodation to white settlers, forming a personal relationship with David Swinson Maynard/David Swinson "Doc" Maynard. The city of Seattle, in the U.S. state of Washington (U.S. state)/Washington, was named after him. A widely publicized speech arguing in favor of ecological responsibility and respect of Native Americans' land rights has been attributed to him.

If you enjoy these quotes, be sure to check out other famous leaders! More Chief Seattle on Wikipedia.

What is man without the beasts? If all the beasts were gone, man would die from a great loneliness of spirit. For whatever happens to the beasts, soon happens to man. All things are connected. 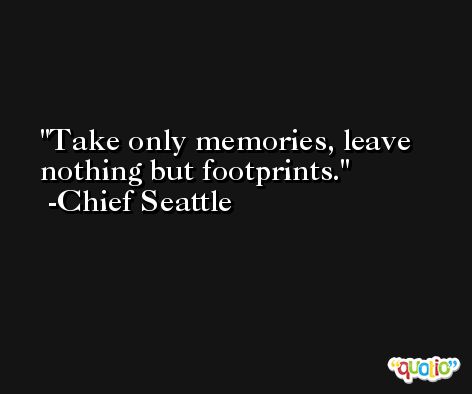 Humankind has not woven the web of life. We are but one thread within it. Whatever we do to the web, we do to ourselves. All things are bound together. All things connect.

The white man's dead forget the country of their birth when they go to walk among the stars. Our dead never forget this beautiful earth, for it is the mother of the red man. 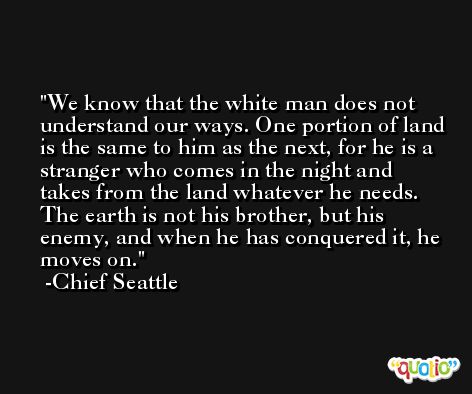 How can you buy or sell the sky, the warmth of the land? The idea is strange to us. If we do not own the freshness of the air and the sparkle of the water, how can you buy them? Every part of the earth is sacred to my people.

All things are connected like the blood which unites one family. 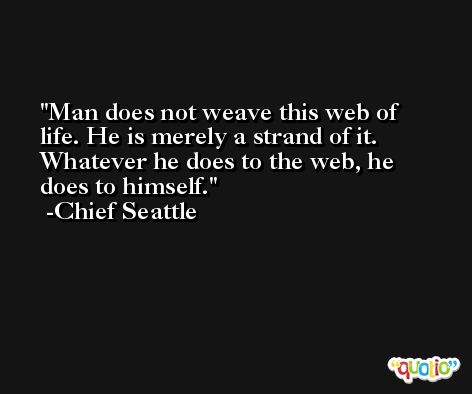