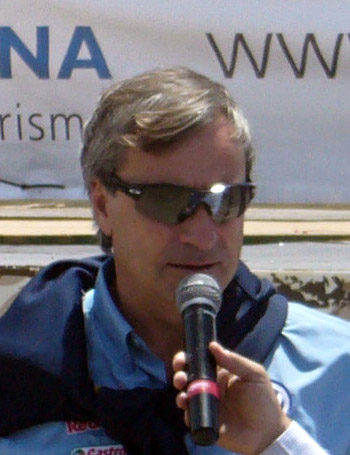 Nicknamed El Matador, Sainz holds the List of World Rally Championship records/WRC record for most career starts. He was also the first driver not from Scandinavia or Finland to win the 1000 Lakes Rally in Finland, and finished the Swedish Rally second four times and third twice, in this case without ever breaking the trend. Besides WRC successes, he has won the Dakar Rally (2010 Dakar Rally/2010), the Race of Champions (1997) and the Asia-Pacific Rally Championship (1990). His co-drivers were Antonio Boto, Luís Moya and Marc Martí.

His son, Carlos Sainz, Jr., born in September 1994, is also a professional racing driver, currently competing for Scuderia Toro Rosso in Formula One.

You never know what is going to happen, ... I didn't know that Catalonia would be my last rally. But I don't have any regrets because the party on the Sunday night was beautiful.

We lost the lead but it's OK. There's still a long way to go. We didn't get a puncture like on Wednesday and I'll be starting in the lead group on the next stage. So navigating will be a bit easier. 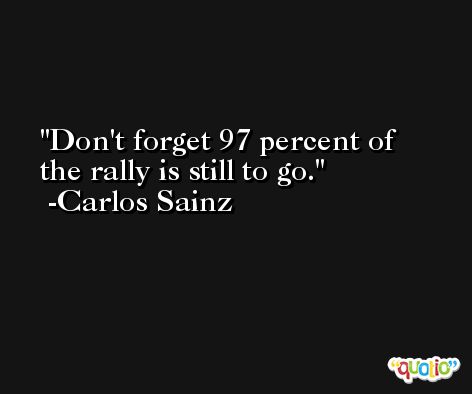 I'm not thinking about the possibility that I might have to stop the car and then sleep through the night in the middle of the desert. If I have to do that, then okay. I'll get on with it. Of course I know the stories about the men with guns but it's best not to think about them -- and then hope we don't see any of them.