"Buddy Jewell Jr. " is an American country music singer who was the first winner on the USA Network talent show Nashville Star. Signed to Columbia Records in 2003, Jewell made his debut on the American country music scene with the release of his Buddy Jewell (album)/self-titled album, which produced the singles "Help Pour Out the Rain (Lacey's Song)" and "Sweet Southern Comfort". Another album, Times Like These (Buddy Jewell album)/Times Like These, followed in 2005.

I had been in Nashville for a decade writing songs. Nashville Star landed me a record deal and gave me the opportunity to perform my own songs on the show in front of millions of Americans each week--with fan reactions via email and through my website. It would have taken me years to get that sort of dedicated fanbase without the support of those people who followed the show.

[house this week as part of an upcoming program called] Where Are They Now: Performance Stars of Reality TV. ... Nashville Star. 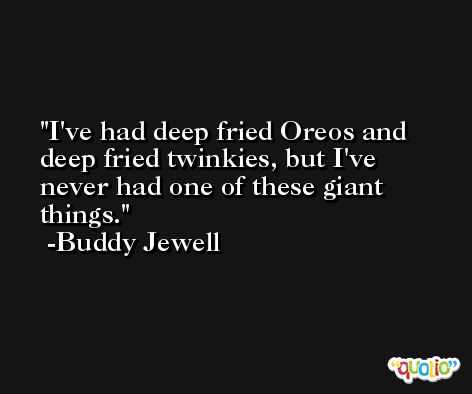