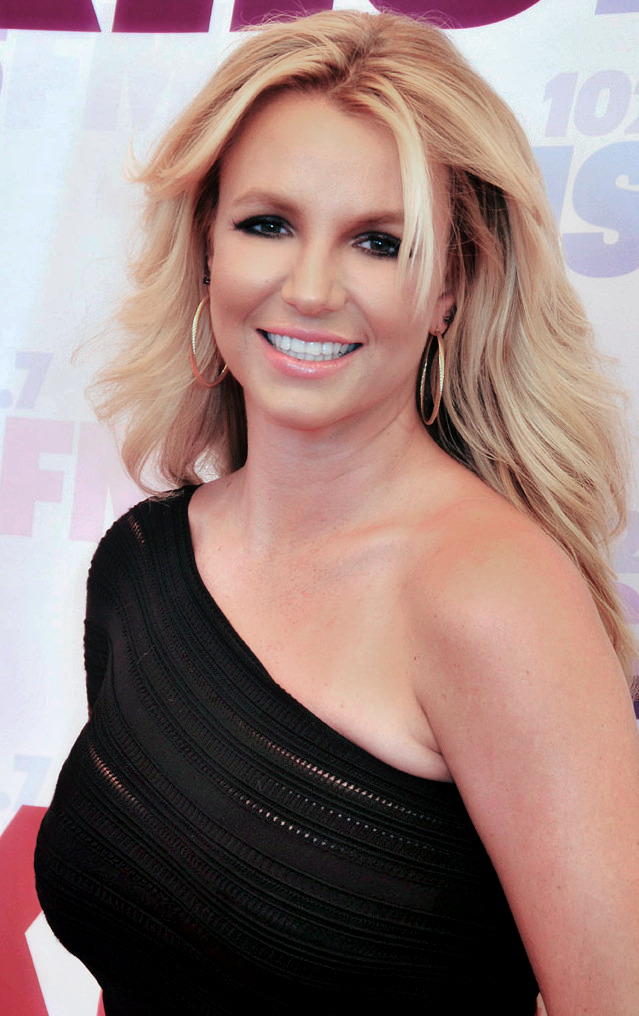 "Britney Jean Spears" is an American singer and actress. Born in McComb, Mississippi, and brought up in Kentwood, Louisiana, she performed acting roles in stage productions and television shows as a child before signing with Jive Records in 1997. Spears's first and second studio albums, ...Baby One More Time (album)/...Baby One More Time (1999) and Oops!... I Did It Again (album)/Oops!... I Did It Again (2000), became international successes, with the former becoming the best-selling album by a teenage solo artist. Title tracks "...Baby One More Time" and "Oops!... I Did It Again" broke international sales records. In 2001, Spears released her self-titled third studio album, Britney (album)/Britney, and played the starring role in the film Crossroads (2002 film)/Crossroads (2002). The film was an international commercial success grossing $61.1 million in the box-office with a $12 million budget. She assumed creative control of her fourth studio album, In the Zone (2003), which yielded the worldwide success of the "Toxic (song)/Toxic" single.

If you enjoy these quotes, be sure to check out other famous musicians! More Britney Spears on Wikipedia.

With love, you should go ahead and take the risk of getting hurt... because love is an amazing feeling.

Every night, I have to read a book, so that my mind will stop thinking about things that I stress about. 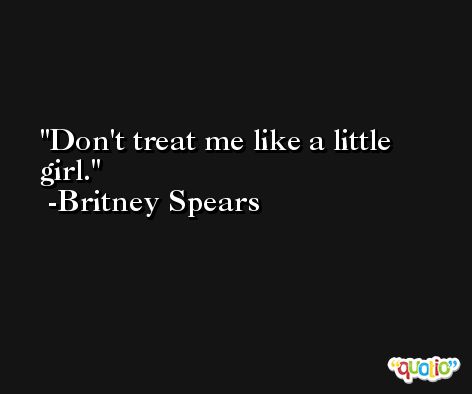 Onstage I'm the happiest person in the world. 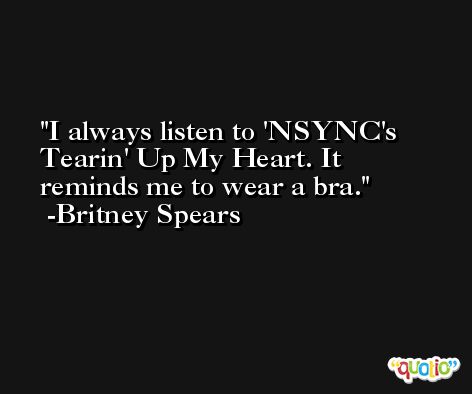 There's no master plan! I'm just gonna be me and hope it all works out!

I know not everyone will like me, but this is who I am so if you don't like it, tough ! 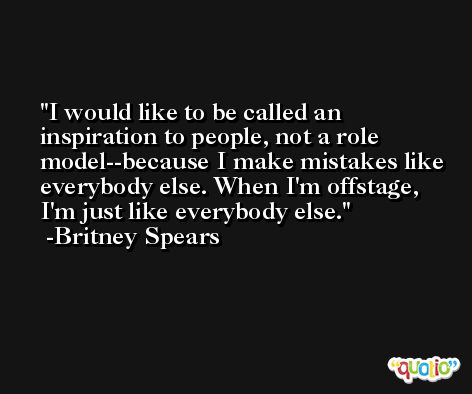 The cool thing about being famous is traveling. I have always wanted to travel across seas, like to Canada and stuff. 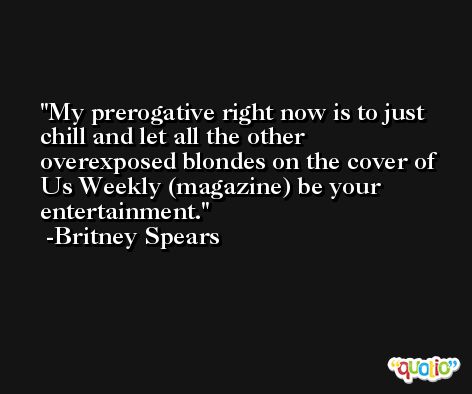 You can't help but change a little bit, but on the inside I'm still completely the same person.

I still have a lot to learn - about the business, about music, and about myself. Its exciting.