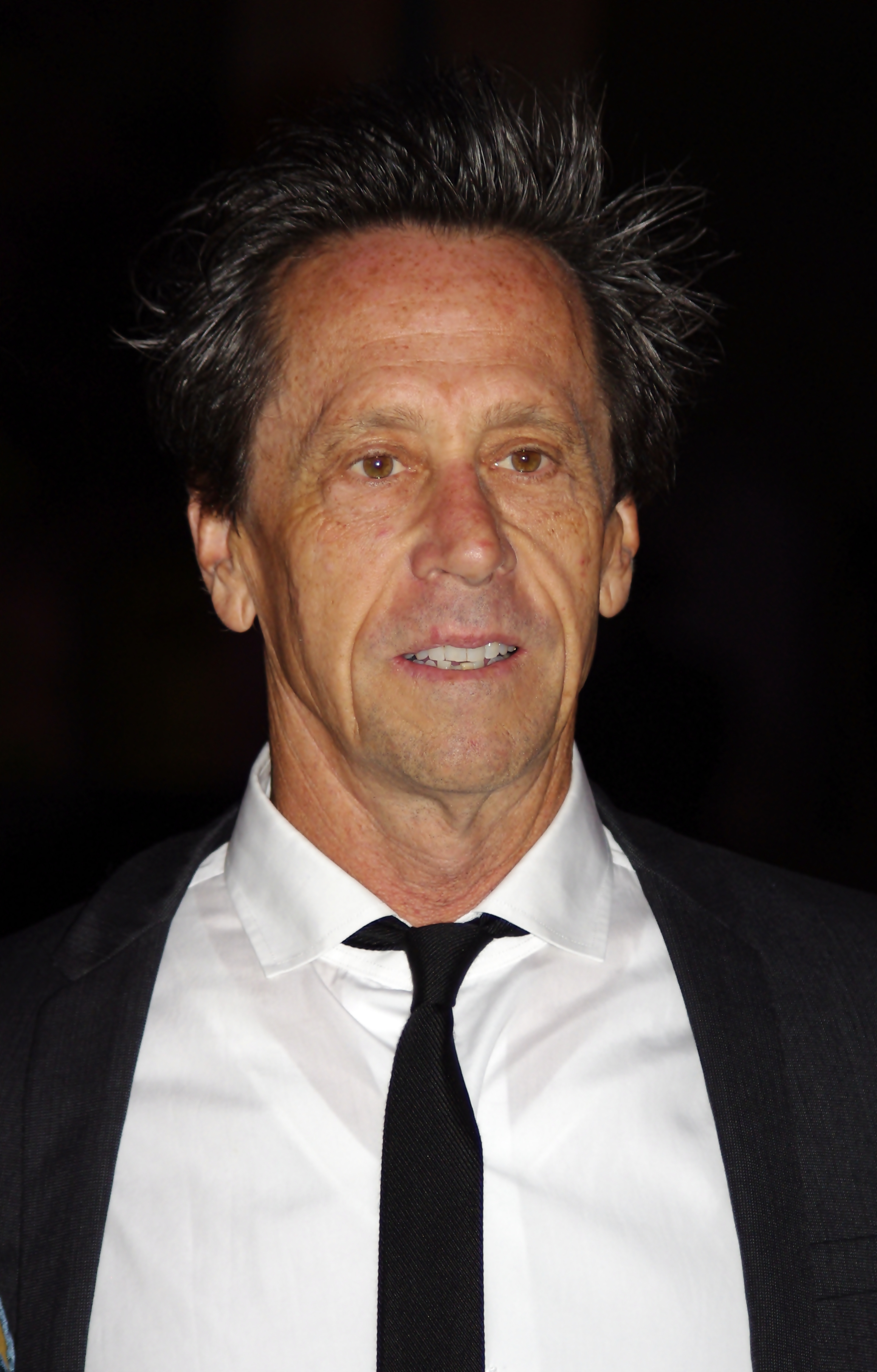 "Brian Thomas Grazer" is an American film and television producer.

He co-founded Imagine Entertainment in 1986, with Ron Howard. The films they produced have grossed over $13 billion. The movies include four for which Grazer was personally nominated for an Academy Award: Splash (film)/Splash (1984), Apollo 13 (film)/Apollo 13 (1995), A Beautiful Mind (film)/A Beautiful Mind (2001), and Frost/Nixon (film)/Frost/Nixon (2008). His films and TV shows have been nominated for 43 Academy Awards, and 131 Emmys.

In 2002, Grazer won an Oscar for Academy Award for Best Picture/Best Picture for A Beautiful Mind (shared with Ron Howard). In 2007, he was named one of Time Magazine"s "Time 100/100 Most Influential People in the World".

He's the most real, down-to-earth guy I've worked with. George is as comfortable talking to a film crew as he is talking with a director or star. He's got an old-fashioned sense of modesty and style. He's our modern-day Gary Cooper or Cary Grant.

I can't tell you anything other than I'm hoping it works out in the way that we want it to. But I'm optimistic. 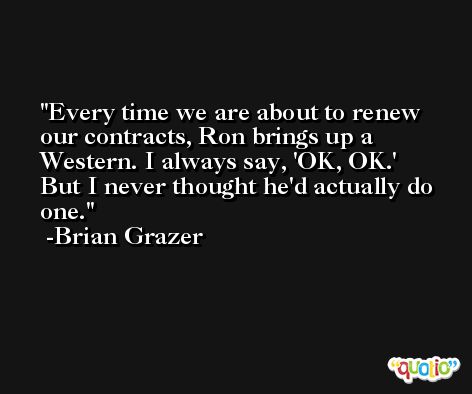 We thought it was going to be a five-minute thing, like a trip to the Oval Office -- a photo and a handshake.

I guess this film is about how our cultural zeitgeist works. 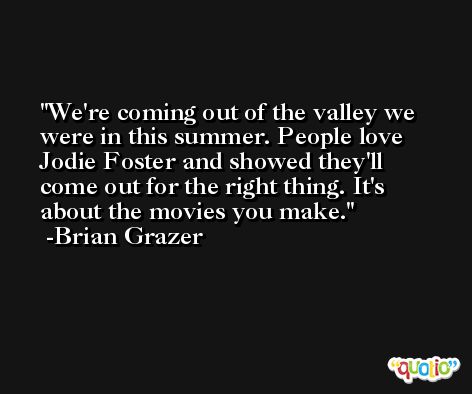 She has a protective eye. She's experienced a lot in her life and that intense protection is always in full operation.

There's always a year when the pundits say the movie business is over. 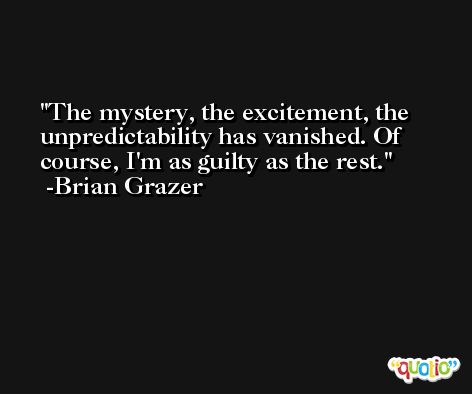