"Robert Alan "Bob" Edwards" is a Peabody Award-winning member of the National Radio Hall of Fame. He was the first broadcaster with a large national following to join the field of satellite radio. He gained fame as the first host of National Public Radio's flagship program, Morning Edition. Starting in 2004, Edwards then became the host of The Bob Edwards Show on Sirius XM Radio and Bob Edwards Weekend distributed by Public Radio International to more than 150 public radio stations, the latter of which still airs in rerun form.

If you enjoy these quotes, be sure to check out other famous journalists! More Bob Edwards on Wikipedia.

People are always ready to admit a man's ability after he gets there.

Murrow would be delighted that there are 24-hour news channels, but disappointed that during prime time all that they would be doing are these shout shows and Larry King instead of doing the news. 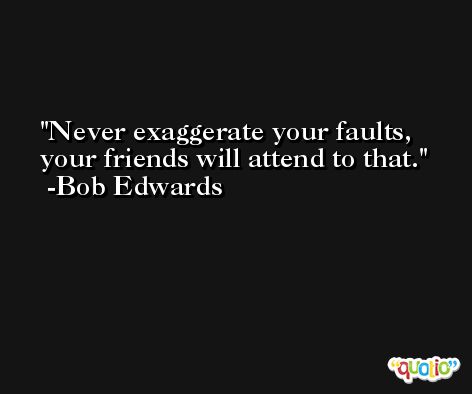 Now I know what a statesman is; he's a dead politician. We need more statesmen.

It was just migrating. 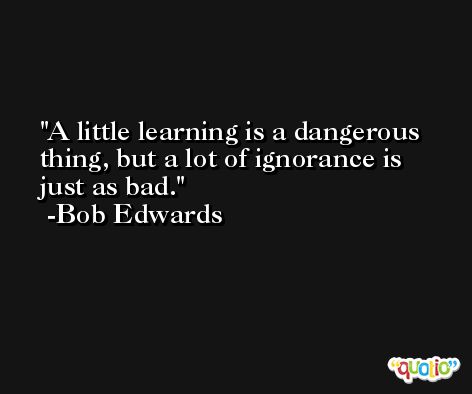 When Solomon said there was a time and a place for everything he had not encountered the problem of parking his automobile.

Where do you think I am going to get my morning news? Good Morning, America ? 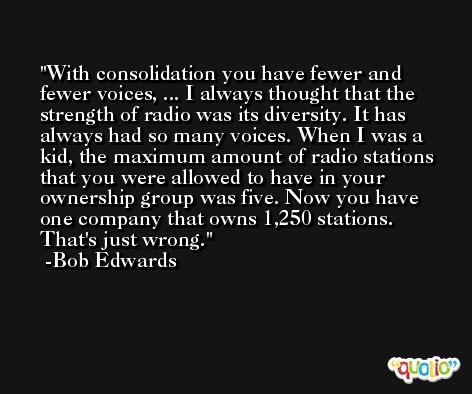