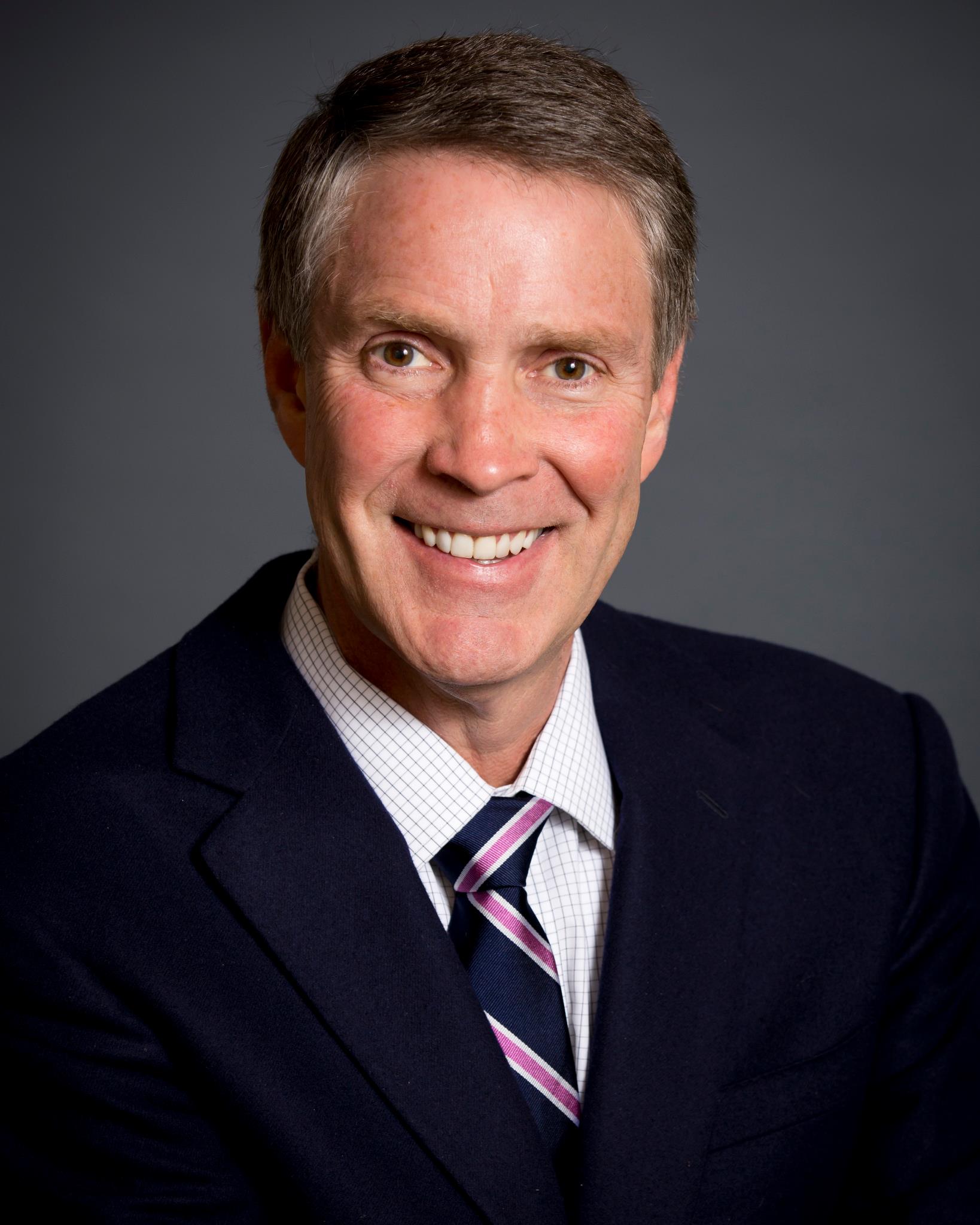 "William Harrison" ""Bill"" "Frist, Sr." is an American physician, businessman, and politician. He began his career as a heart and lung transplant surgeon. Frist later served two terms as a Republican Party (United States)/Republican United States Senator representing Tennessee, serving as Party leaders of the United States Senate/Majority Leader from 2003 until his retirement in 2007.

If you enjoy these quotes, be sure to check out other famous politicians! More Bill Frist on Wikipedia.

America is moving forward and gaining strength. We have been tested, and we have proven ourselves to be a tough, resilient and resourceful nation.

From blood banking to the modern subway, from jazz to social justice, the contributions of African Americans have shaped and molded and influenced our national culture and our national character. 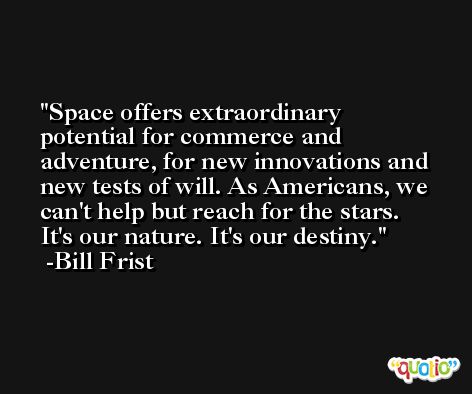 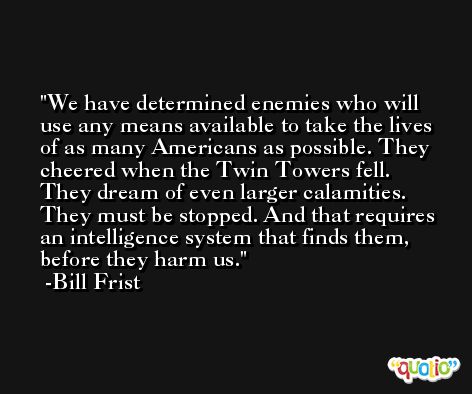 America enjoys the best health care in the world, but the best is no good if folks can't afford it, access it and doctor's can't provide it.

Our top focus - protecting our Nation - must go beyond homeland preparedness; America will only be secure if we deal with threats before they happen, not just after they happen.