"Beth Burns" was the head women's basketball coach at San Diego State University/San Diego State for 1989 to 1997 and from 2005 until her sudden and unexpected retirement in April 2013. She compiled a 295-186 record, and is the winningest coach in San Diego State school history. She guided San Diego State to seven NCAA tournaments, and was a six time Western Athletic Conference coach of the year.

We really fought and scraped and finished the first half well, which we hadn't done of late. But the first few minutes of the second half – they were just too much.

They're a pick-your-poison type (of team). They play great offense (in the paint and on the perimeter). They're not the kind of team you want to zone, but I really felt we couldn't keep up with their movement. 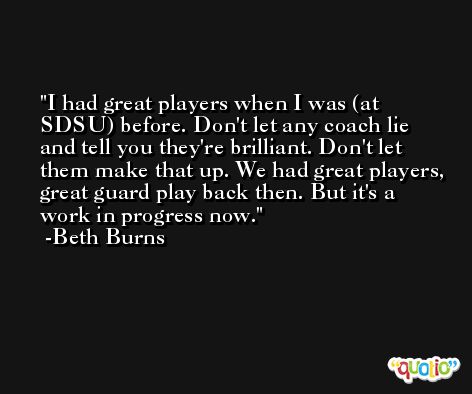 Their offense is so good it gets you demoralized and changes your pace. We cannot afford to do things at that kind of pace. 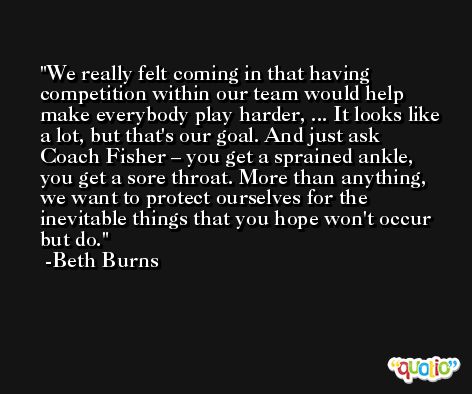 We just didn't make shots. We hung in OK with it for a half. We weren't fatigued. Frustration caused everybody to come away from what everybody does best.

I'm older and wiser, and while patience is still a virtue most coaches lack, it's obviously part of the equation.