Bauer was born in Largo, Florida. As an amateur, she won the 1997 U.S. Girls' Junior and in 1998 and 1999 she earned back-to-back victories at the North and South Women's Amateur at Pinehurst Resort in North Carolina. She played on the U.S. Curtis Cup team in 1998 and 2000.

A former student at Duke University, where she played on the golf team, she turned professional in 2000. At Duke, she had been the Atlantic Coast Conference (ACC) Rookie of the Year in 1999, an honor that was later shared by fellow Blue Devils Liz Janangelo (2003), Brittany Lang (2004), Amanda Blumenherst (2006), and Laetitia Beck.

She won the player and rookie of the year awards on the second tier Futures Tour in 2001 as she graduated to the LPGA Tour for 2002. She enjoyed further success in her first season on the main tour, finishing in 18th place on the money list and winning the rookie of the year award ahead of Natalie Gulbis. Her performances fell away over the following seasons, and she lost her place on the LPGA Tour at the end of the 2006 season. She quit playing professional golf at the end of 2007.

We find once August hits, the kids are anxious to come back.

We posted lists on the school doors on Friday and on the Internet. 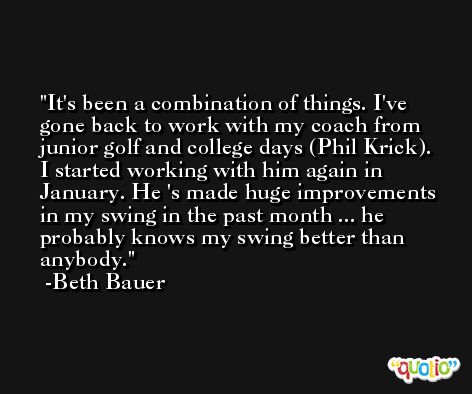 It worked out really well. And we get to see his family for a week. But this week, I'm going out there to win. 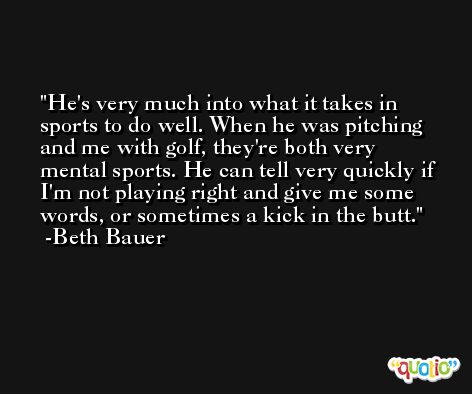