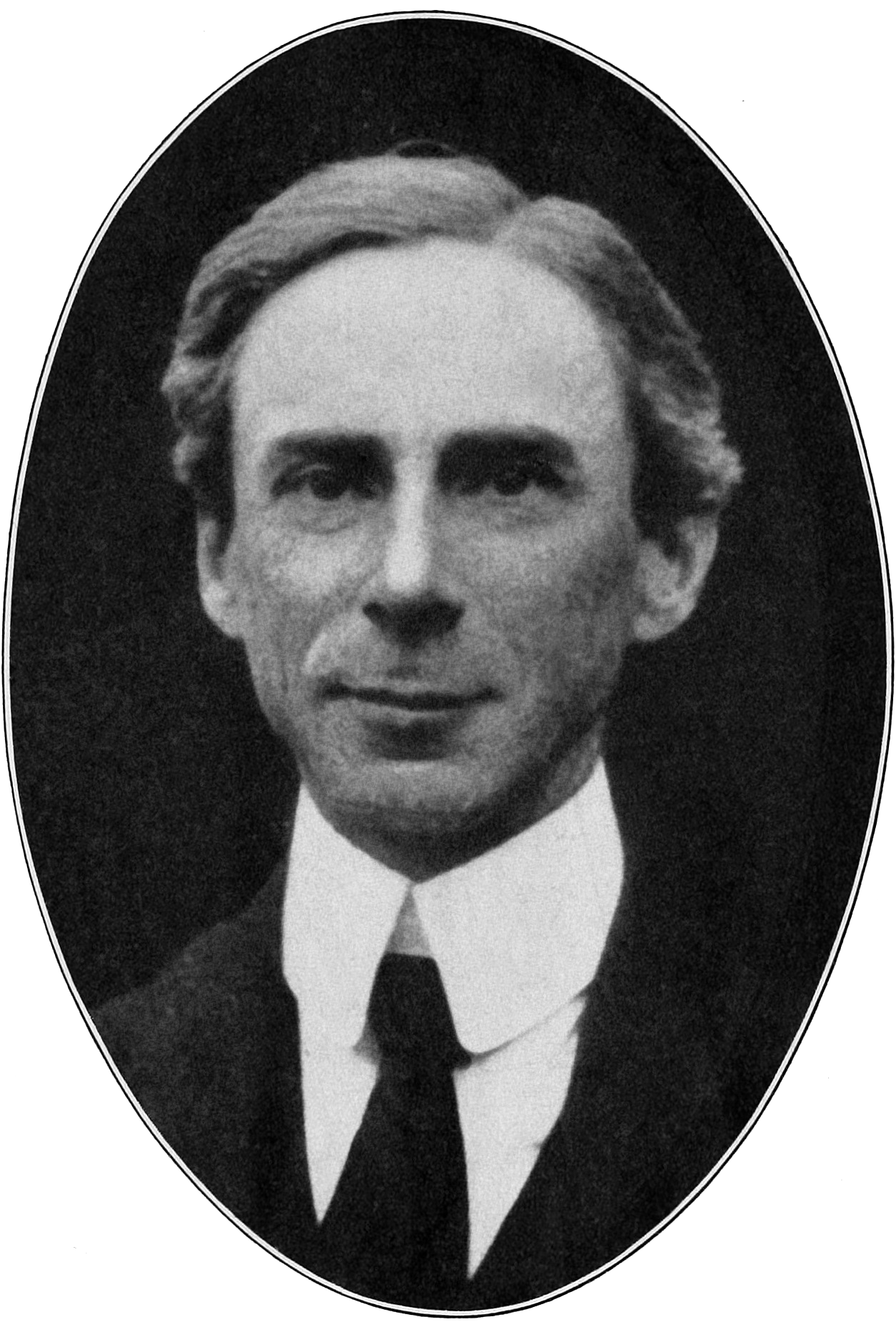 "Bertrand Arthur William Russell, 3rd Earl Russell", Order of Merit (Commonwealth)/OM, Fellow of the Royal Society/FRS (; 18 May 1872 – 2 February 1970) was a British philosopher, mathematical logic/logician, mathematician, historian, writer, social critic and political activist. At various points in his life he considered himself a liberal, a socialist, and a pacifist, but he also admitted that he had never been any of these in any profound sense. He was born in Monmouthshire (historic)/Monmouthshire, into one of the most prominent aristocratic families in Britain.

In the early 20th century, Russell led the British "revolt against idealism". He is considered one of the founders of analytic philosophy along with his predecessor Gottlob Frege, colleague G. E. Moore, and his protégé Ludwig Wittgenstein. He is widely held to be one of the 20th century's premier logicians. With A. N. Whitehead he wrote Principia Mathematica, an attempt to create a logical basis for mathematics. His philosophical essay "On Denoting" has been considered a "paradigm of philosophy". His work has had a considerable influence on logic, mathematics, set theory, linguistics, artificial intelligence, cognitive science, computer science (see type theory and type system), and philosophy, especially philosophy of language, epistemology, and metaphysics.

If you enjoy these quotes, be sure to check out other famous philosophers! More Bertrand Russell on Wikipedia.

The man who suffers from a sense of sin is suffering from a particular kind of self-love. In all this vast universe the thing that appears to him of most importance is that he himself should be virtuous. It is a grave defect in certain forms of traditional religion that they have encouraged this particular kind of self-absorption. 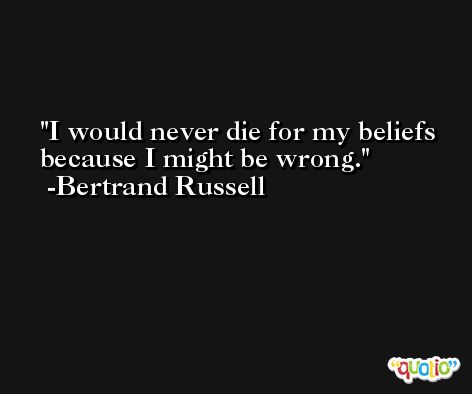 Every man, wherever he goes, is encompassed by a cloud of comforting convictions, which move with him like flies on a summer day.

The place of the father in the modern suburban family is a very small one, particularly if he plays golf. 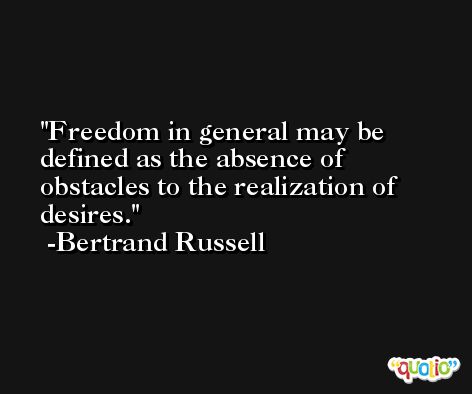 It has been said that man is a rational animal. All my life I have been searching for evidence which could support this.

In the part of this universe that we know there is great injustice, and often the good suffer, and often the wicked prosper, and one hardly knows which of those is the more annoying. 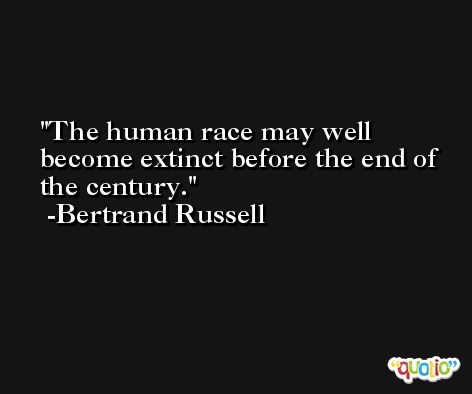 Obscenity is what happens to shock some elderly and ignorant magistrate. 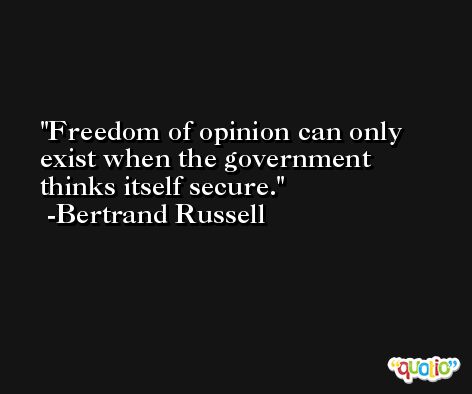 Too little liberty brings stagnation and too much brings chaos.

The whole problem with the world is that fools and fanatics are always so certain of themselves, but wiser people so full of doubts. 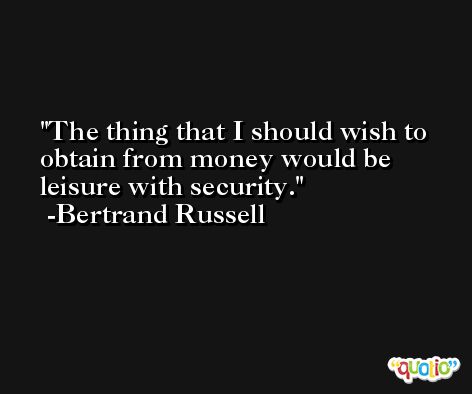 When he followed the instincts which God had transmitted to him from his ancestry of beasts of prey, he called it sin and asked God to forgive him.

One should as a rule respect public opinion in so far as is necessary to avoid starvation and to keep out of prison, but anything that goes beyond this is voluntary submission to an unnecessary tyranny, and is likely to interfere with happiness in all kinds of ways. 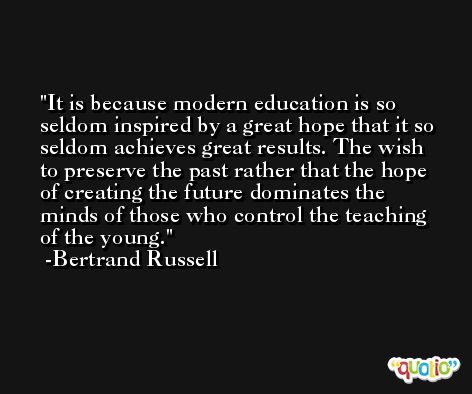 Few people can be happy unless they hate some other person, nation, or creed. 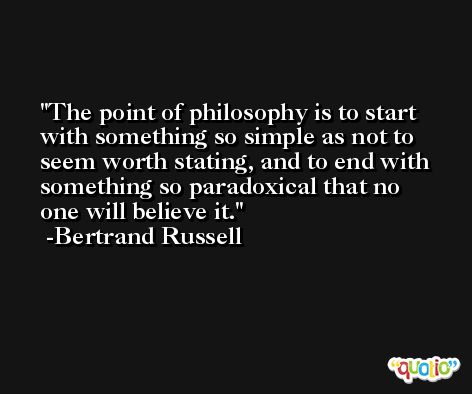 No one gossips about other people's secret virtues.

Not to be absolutely certain is, I think, one of the essential things in rationality. 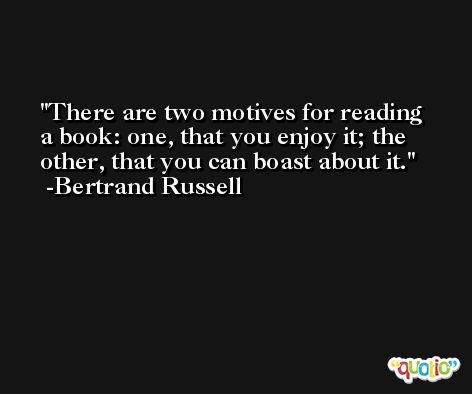 A stupid man's report of what a clever man says can never be accurate, because he unconsciously translates what he hears into something he can understand. 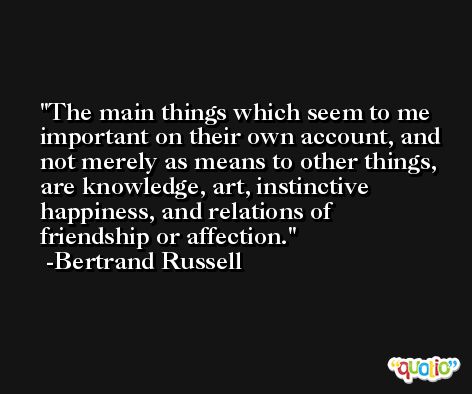 The trouble with the world is that the stupid are cocksure and the intelligent are full of doubt. 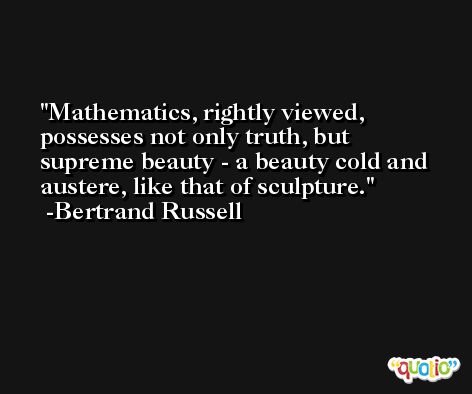