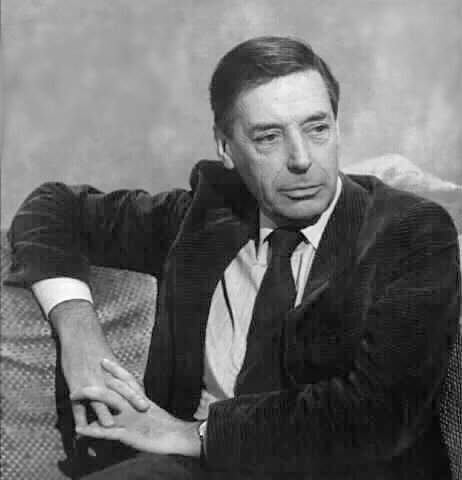 "Sir Bernard Arthur Owen Williams", Fellow of the British Academy/FBA was an English Ethics/moral philosopher, described by The Times as the "most brilliant and most important British moral philosopher of his time." His publications include Problems of the Self (1973), Moral Luck (1981), Ethics and the Limits of Philosophy (1985), and Truth and Truthfulness (2002). He was knighted in 1999.

As Knightbridge Professor of Philosophy at the University of Cambridge and Deutsch Professor of Philosophy at the University of California, Berkeley, Williams became known internationally for his attempt to reorient the study of moral philosophy to history and culture, politics and psychology, and in particular to the Ancient Greek philosophy/Greeks. Described as an analytic philosopher with the soul of a humanist, he saw himself as a synthesist, drawing together ideas from fields that seemed increasingly unable to communicate with one another. He rejected scientism, and scientific or evolutionary reductionism, calling the "morally unimaginative kind of evolutionary reductionists" "the people I really do dislike." For Williams, complexity was irreducible, beautiful, and meaningful.

[Montgomery's kick was a game second effort, but not enough.] Those guys were in another race, ... We had two world championship finals, if you ask me.

We're just trying to get some back, and we're not trying to scare our people away. 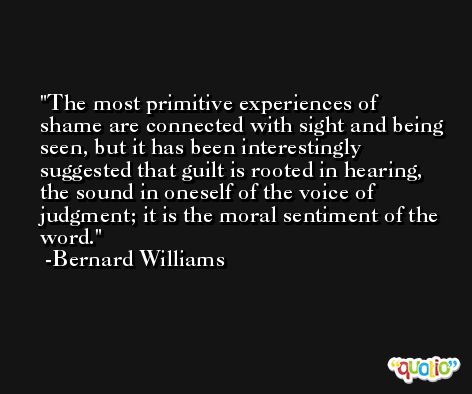 For various reasons, education is being driven towards an increasing concentration on the technical and the commercial, to a point at which any more reflective enquiry may come to seem unnecessary and archaic, something that at best is preserved as part of the heritage industry. 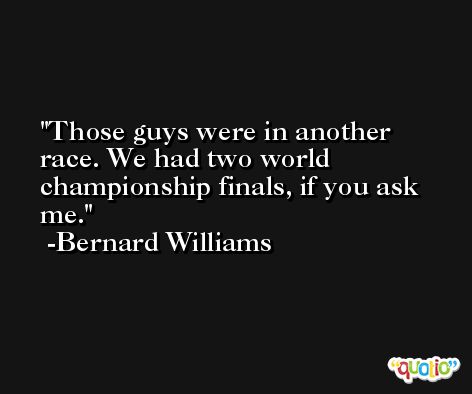 I really missed them, ... [They're] all I have now. [My] house is gone, trucks gone -- brand new truck's gone -- but I'm glad I still have them. This makes me appreciate them more.

We are potentially looking at tens of thousands of pounds. The Hirst and the McCartney are star lots.