"Bernard Cornwell", Order of the British Empire/OBE is an English author of historical novels. He is best known for his novels about Napoleonic Wars rifleman Richard Sharpe (fictional character)/Richard Sharpe which were adapted into a series of Sharpe (TV series)/Sharpe television films.

If you enjoy these quotes, be sure to check out other famous novelists! More Bernard Cornwell on Wikipedia.

In the end their appeal is not necessarily the history, but the quality of the story-telling, and a good story transcends national boundaries.

And yes, there's a simplicity to writing books because you're not a member of a team, so you make all the decisions yourself instead of deferring to a committee. 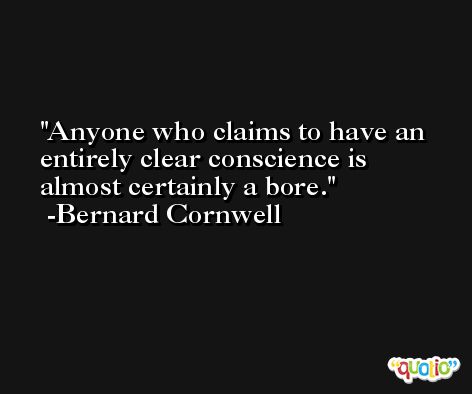 And though I've lived in the States for over 25 years and am now an American citizen, I still hear British voices in my head.

I start early - usually by 5 am, and work through to 5 pm, with breaks for lunch, boring exercise, etc etc. But it's usually a full day. 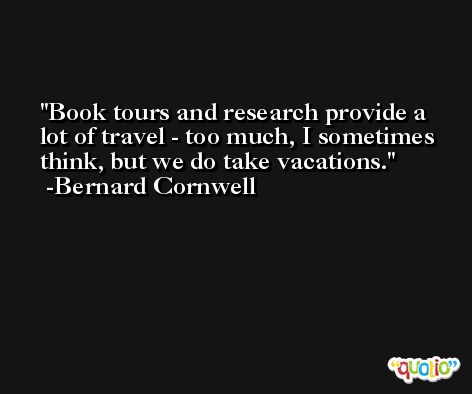 I still have to crack the French market, though that isn't entirely surprising considering that the Sharpe novels are endless tales of French defeat.

Judy couldn't move to Britain for family reasons, so I had to come to the States, and the U.S. government wouldn't give me a Green Card, so I airily told her I'd write a book. 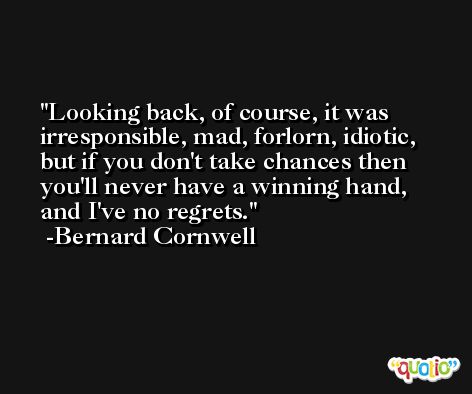