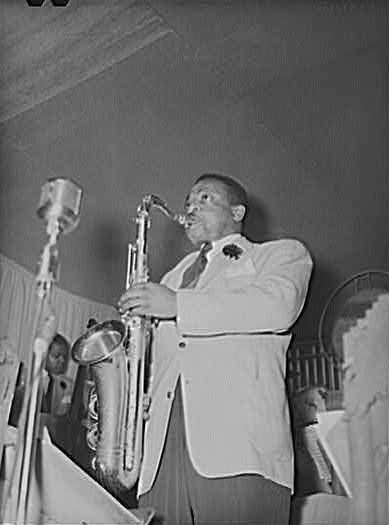 "Benjamin Francis Webster", a.k.a. ""The Brute"" or ""Frog"", was an influential American jazz tenor saxophone/tenor saxophonist. Webster, born in Kansas City, Missouri, is considered one of the three most important "swing tenors" along with Coleman Hawkins and Lester Young. Known affectionately as "The Brute", he had a tough, raspy, and brutal tone on stomps (with his own distinctive growls), yet on ballads he played with warmth and sentiment. Stylistically he was indebted to alto star Johnny Hodges, who, he said, taught him to play his instrument.

If you enjoy these quotes, be sure to check out other famous musicians! More Ben Webster on Wikipedia.

Like every other place, I guess, Kansas City was quite a different city when I was a youngster there. They had quite a few clubs, and we had what we used to call jam sessions every night.

There has been a shift in attitudes. 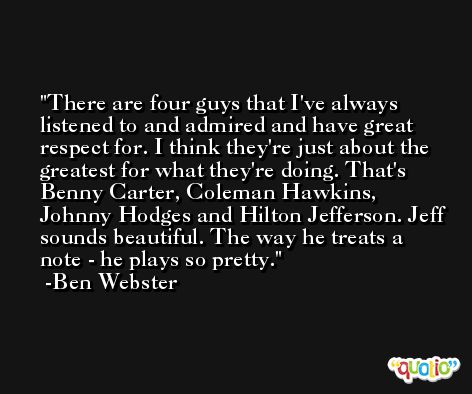 As for listening to other recordings - that's just about all that I do. I listen to everyone. First thing when I wake up, I turn my set on.

They're causing problems with the sales of real estate and causing property value drops.