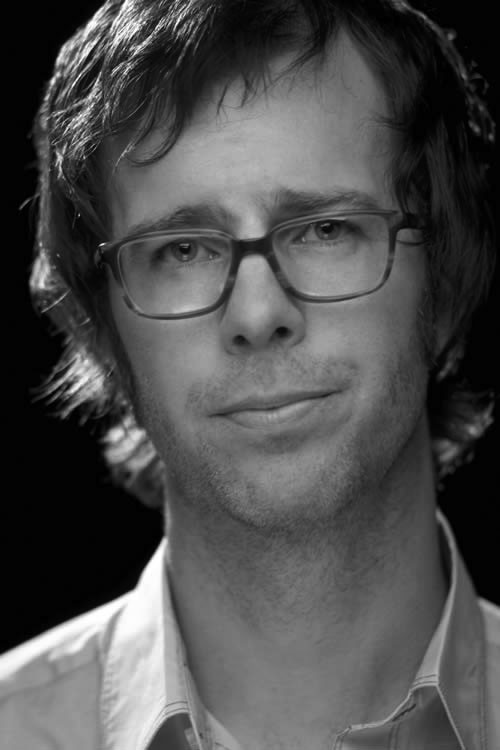 "Benjamin Scott" ""Ben"" "Folds" is an American singer-songwriter and record producer. From 1995 to 2000, Folds was the frontman and pianist of the alternative rock band Ben Folds Five. After the group temporarily disbanded, Folds performed as a solo artist and has toured all over the world. The group reunited in 2011. He has also collaborated with musicians such as William Shatner, Regina Spektor and "Weird Al" Yankovic and undertaken experimental songwriting projects with authors such as Nick Hornby and Neil Gaiman. In addition to contributing music to the soundtracks of the animated films Over the Hedge (film)/Over the Hedge, and Hoodwinked!, Folds produced Amanda Palmer's first solo album and was a judge on the NBC a cappella singing contest The Sing-Off from 2009 to 2013.

If you enjoy these quotes, be sure to check out other famous musicians! More Ben Folds on Wikipedia.

Life barrels on like a runaway train where the passengers change, they don't change anything, you get off someone else can get on.

White people don't sing together very often, and when they do, it's about the celebrity of the song. The singing at my shows is all about harmony. 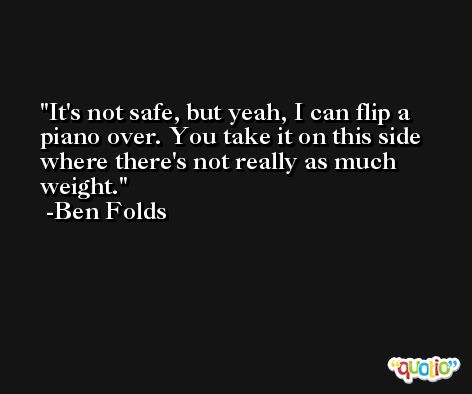 Next door, there's an old man who lived to his nineties and one day passed away in his sleep. And his wife, she stayed for a couple of days and passed away. I'm sorry, I know that's a strange way to tell you that I know we belong. 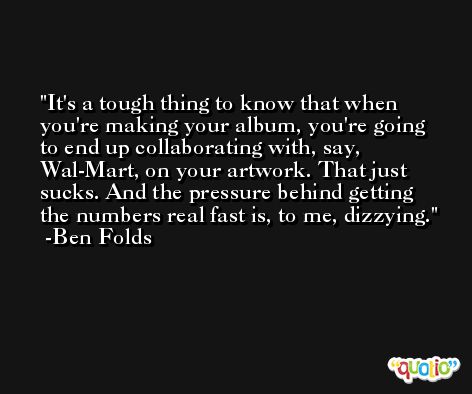 I was pretty much a dork growing up. Going up in front of a crowd and being an idiot was a relief when I was a kid. But talking to two or three people at once and being myself was impossible. And being myself while singing a song was more than impossible; I would've rather died. I get really nervous and tend to want to be an idiot.

A lot of 18-year-olds are like old men. They think they've seen everything. 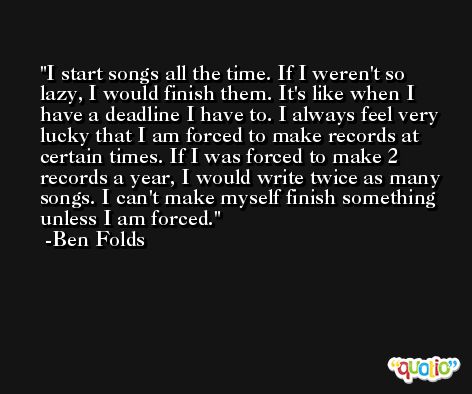