"Arjuna Ranatunga" is a Sri Lankan politician, former Cricket (sport)/international cricketer and cricket administrator. He served as the captain of the Sri Lankan cricket team for much of the 1990s, and the team won the 1996 Cricket World Cup under his leadership. He is appointed Minister of Ports (Jan 12, 2015) and MP of the Parliament of Sri Lanka from Kalutara Electoral District/Kalutara District.

A specialist left-handed batsman and part-time medium pace bowler, Ranatunga's career with the Sri Lankan national team began in 1982, when Sri Lanka were relative newcomers to international cricket and did not perform well against the well-established teams. He became an important player in the middle order of Sri Lanka's batting. Under Ranatunga's captaincy, Sri Lanka began to play more aggressively in both One-day international/ODI and Test cricket the mid-'90s. Their growing success rate culminated with a dominating performance and triumph in the 1996 Cricket World Cup. Although some of his actions caused some controversy, Ranatunga was praised for his leadership in raising a team long regarded as underdogs to the status of world champions.

Shane tries to be larger than the game and life and expects a lot of credit for his performances. He thinks there?s no better bowler than him.

From what we have seen in the past few games, they are more than capable of missing out on the final with the way Sri Lanka and South Africa have played. You can see the way they crumble under pressure. When there is no pressure, they look really good and are tough to beat. But they panic under pressure and they looked awful and vulnerable the other night. 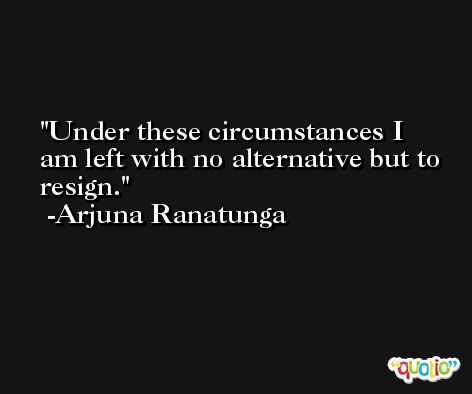 It is better to swallow a sheep or a goat than swallow what he has been swallowing [on Shane Warne].

If the Australians can't respect good cricket they don't deserve to see the best in action. 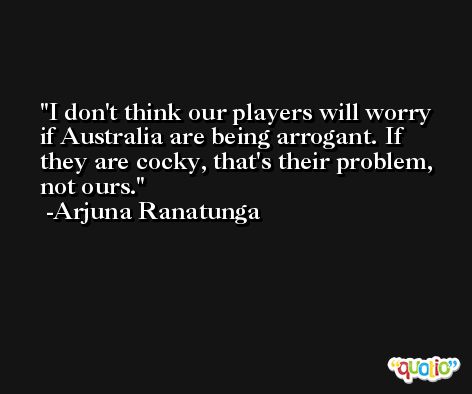 There were a few things that I wasn't at all happy with during my association with SLC and I just waited till the team returned from India to hand over my resignation.

As a person who loves cricket in Sri Lanka I worked hard to execute my responsibility as the chairman of the committee. It is regretful that the expected outcome was not there. Under these circumstances I am left with no alternative but to resign. 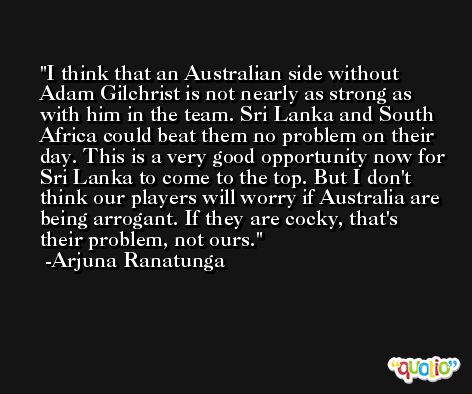