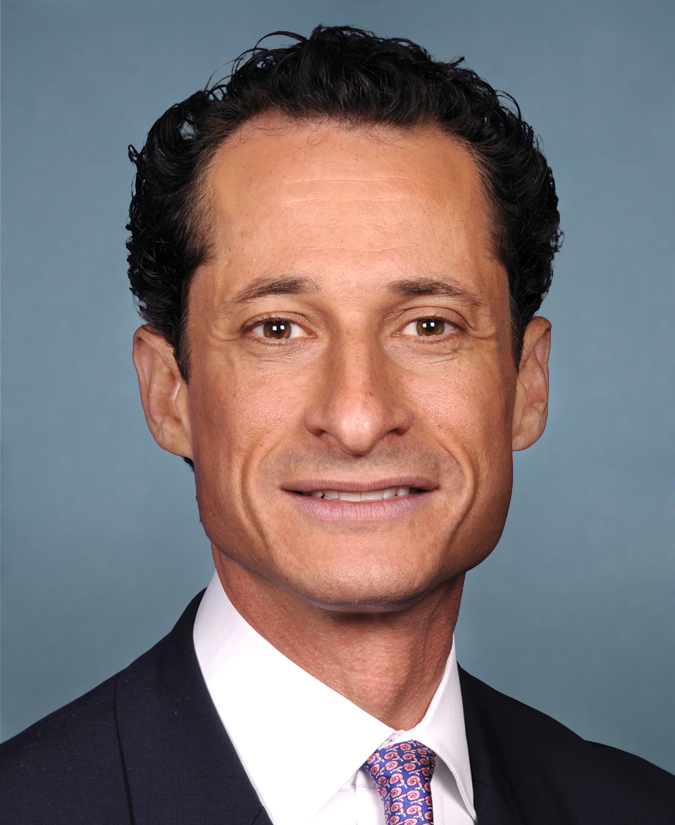 "Anthony David Weiner" is an American politician and former United States House of Representatives/U.S. representative who served from January 1999 until June 2011. A member of the Democratic Party (United States)/Democratic Party, he won seven terms, never receiving less than 59% of the vote. Weiner resigned from Congress in June 2011, due to a Anthony Weiner sexting scandal/sexting scandal.

If you enjoy these quotes, be sure to check out other famous politicians! More Anthony Weiner on Wikipedia.

Up close when I was in the City Council.

You'll be the first kids on your block with an Anthony Weiner for mayor sticker. Would you like one sir? 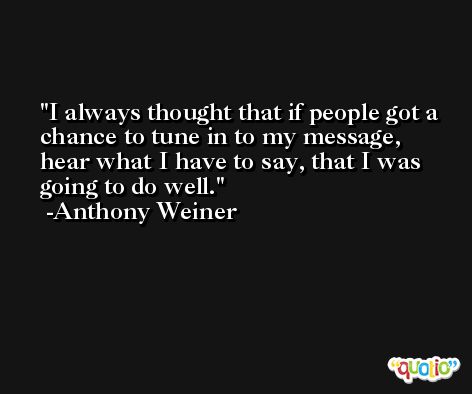 I think that Giuliani and Bratton deserve a lot of credit for changing the mind-set in the city that crime is an insoluble problem. I like the idea how he used technology to help us level the playing field with criminals, ... He picked good people and held them accountable.

Look, I can't say the polls mean nothing when I'm in fourth and then think they're a big deal when I'm in second, but I'm clearly moving up while the others aren't. So, that's got to be a good sign in any campaign. 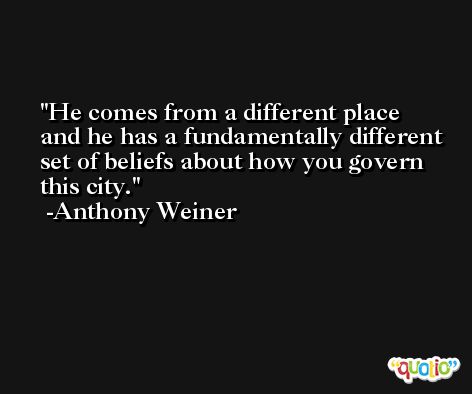 For the fifth year in a row, the Bush budget cuts city core services to pay for wealthy tax breaks. And once again, the mayor's requests were not funded.

Weiner said in a statement last week. ''We must make sure this ruling is enforced to make sure that there is accountability. 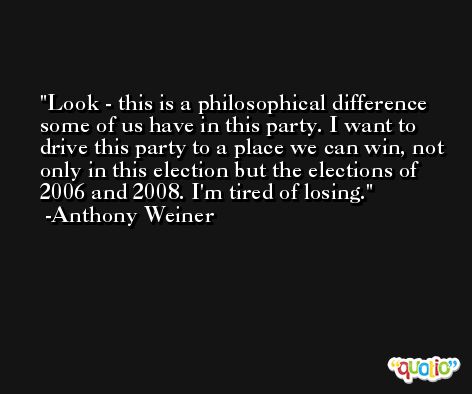