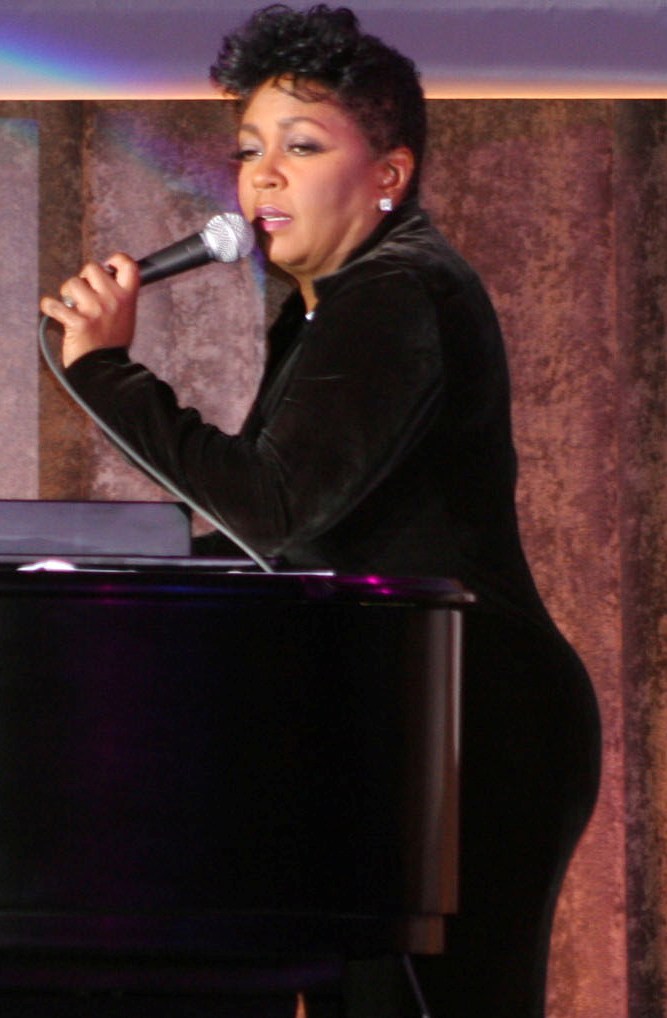 "Anita Denise Baker" is an American singer-songwriter. Starting her career in the late-1970s with the funk band Chapter 8, Baker eventually released her first solo album, The Songstress, in 1983. In 1986, she rose to stardom following the release of her platinum-selling second album, Rapture (Anita Baker album)/Rapture, which included the Grammy Award/Grammy-winning single "Sweet Love". To date, Baker has won eight Grammy Awards and has five platinum albums and one gold album to her credit. Baker's vocal range is contralto.

If you enjoy these quotes, be sure to check out other famous musicians! More Anita Baker on Wikipedia.

Completeness? Happiness? These words don't come close to describing my emotions. There truly is nothing I can say to capture what motherhood means to me, particularly given my medical history.

We don't do drugs, drink or use profanity. Instead we instill morals and values in my boys by raising them with a love of God and a love and respect for themselves and all people. I believe they will have a chance. 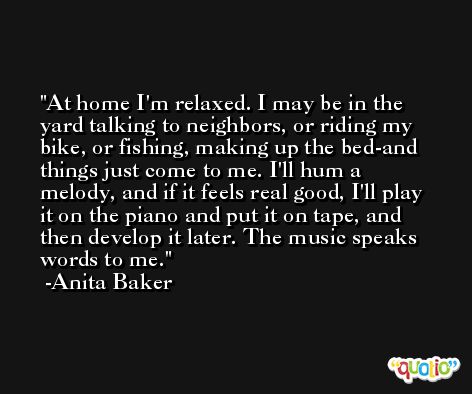 Long tresses down to the floor can be beautiful, if you have that, but learn to love what you have.

If you understand a person's origins, you can understand her. I've always had to take care of myself. I couldn't just be that sweet little girl who kept her mouth shut. Had I done that, I'd be long gone by now. In this business, an African-American woman has to protect herself because precious few will. 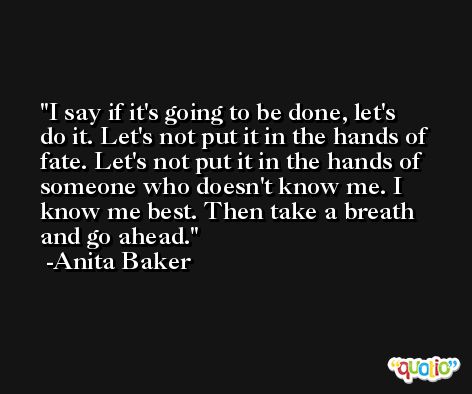 You leave home to seek your fortune and, when you get it, you go home and share it with your family.