"Andrew Thomas Weil" is an American medical doctor, teacher, and best-selling author on holistic health. He is founder, professor, and director of the Arizona Center for Integrative Medicine at the University of Arizona. He received a B.S. in Biology and a M.D. from Harvard University in 1968. Weil is widely known for establishing the field of integrative medicine, which aims to combine alternative medicine/alternative and evidence based medicine/conventional medicine. Weil suggests that patients take the Western medicine prescribed to them by doctors and then incorporate Alternative medicine/alternative therapies, such as omega-3 fatty acids, vitamin D, herbal remedies, meditation, as well as other “spiritual” strategies, into their treatment plans. Some mainstream medical professionals, however, have criticized Weil for rejecting aspects of evidence-based medicine and promoting unverified beliefs.

Weil appeared on the cover of Time Magazine in 1997 and again in 2005. He has written many books and has sold over 10 million copies. Some titles of such books Spontaneous Healing, 8 Weeks to Optimum Health, and Healthy Aging. Weil has been a frequent guest on Larry King Live, The Oprah Winfrey Show/Oprah, and the Today (U.S. TV program)/Today Show.

If you enjoy these quotes, be sure to check out other famous scientists! More Andrew Weil on Wikipedia.

Healthy Aging: A Lifelong Guide to Your Physical and Spiritual Well-Being.

I have always recommended natural beauty products. I'm concerned about the artificial ingredients in many beauty products. I thought about more novel approaches, and I looked at ancient species of mushrooms for their anti-inflammatory powers. 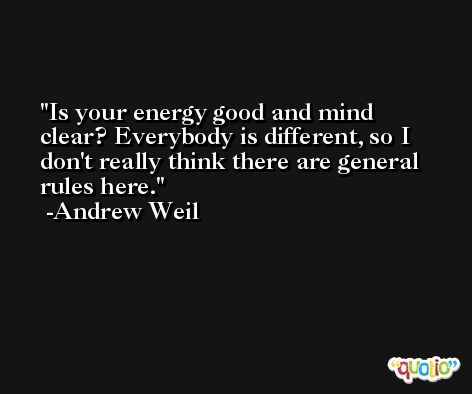 It is more important to eat some carbohydrates at breakfast, because the brain needs fuel right away, and carbohydrate is the best source.

The best way to detoxify is to stop putting toxic things into the body and depend upon it's own mechanisms. 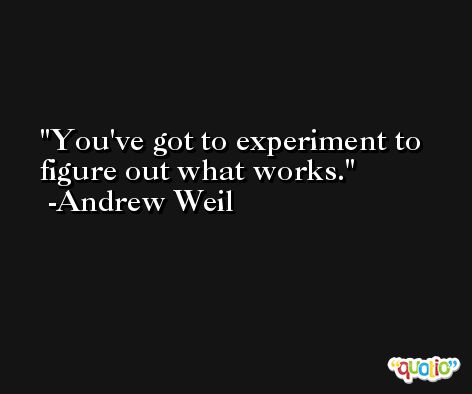 The longer you've been exposed to pro-inflammatory pressures, the more damage can accumulate.

Pay attention to your body. The point is everybody is different. You have to figure out what works for you. 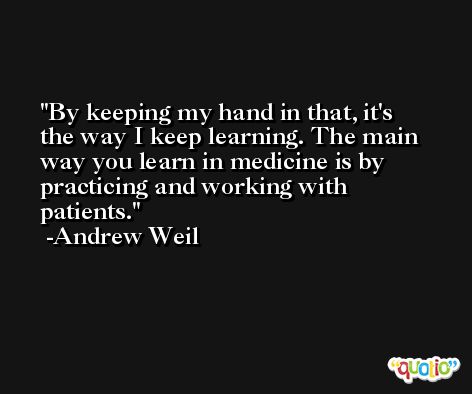