In 2008, Andrew competed in his first Olympic Games – 2008 Summer Olympics/Beijing 2008. He ran a personal best time of 44.94 seconds in reaching the semi-final in the individual 400 m event and as part of the Great Britain team, finished fourth in the final of the 4x400m relay - 0.6 seconds away from a medal.

Andrew spends a few months each spring training at the Australian Institute of Sport, in Canberra.

My swim was sort of mediocre, but I think it was made up by a fantastic ride by Neil and an even better run by Simone, who has been unwell, and she has bounced back. We are very happy to have won two events in a row.

They key thing is that the cooling, whether by blanket or by cap, helps some babies. 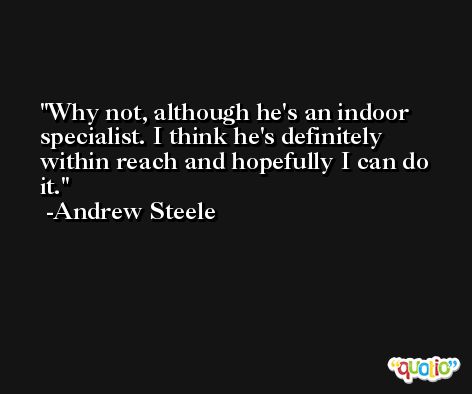