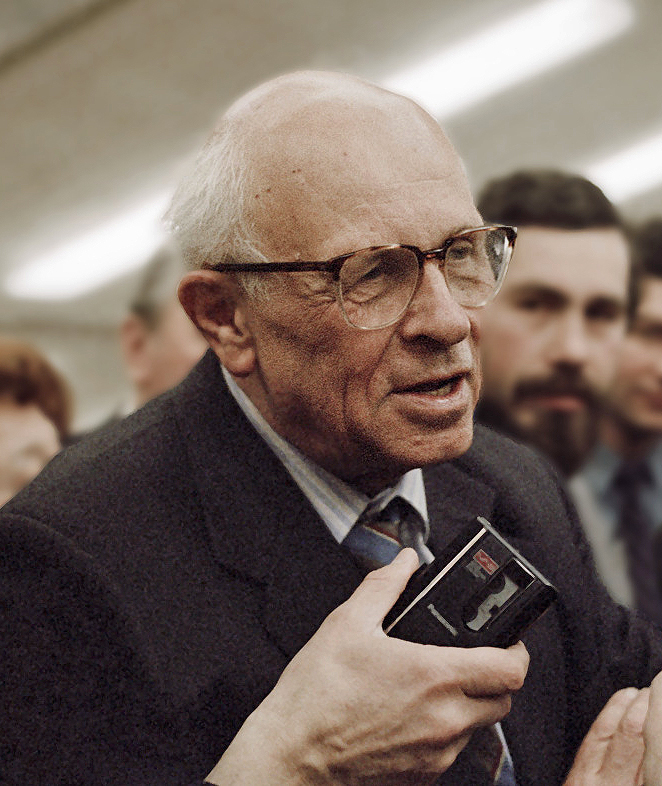 He became renowned as the designer of the Soviet Union's Soviet atomic bomb project#RDS-37/Third Idea, a codename for Soviet development of Teller–Ulam design/thermonuclear weapons. Sakharov later became an advocate of civil liberties and civil reforms in the Soviet Union, for which he faced state persecution; these efforts earned him the Nobel Peace Prize in 1975. The Sakharov Prize, which is awarded annually by the European Parliament for people and organizations dedicated to human rights and freedoms, is named in his honour.

If you enjoy these quotes, be sure to check out other famous physicists! More Andrei Sakharov on Wikipedia.

I am no professional politician-which is perhaps why I am continually obsessed by the question as to the purpose served by the work done by my friends and myself, as well as its final result.

I grew up in a large communal apartment where most of the rooms were occupied by my family and relations and only a few by outsiders. The house was pervaded by a strong traditional family spirit-a vital enthusiasm for work and respect for professional competence. 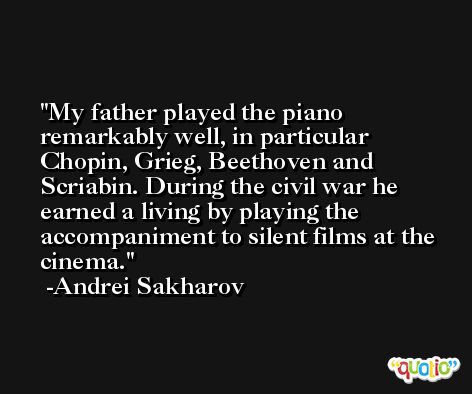 I am especially grateful for the memory of my grandmother, Maria Petrovna, who was the family's good spirit. She died before the war at the age of 79. My grandmother brought up six children and when she was around 50 years old she taught herself English all on her own.

For me, the moral difficulties lie in the continual pressure brought to bear on my friends and immediate family, pressure which is not directed against me personally but which at the same time is all around me. 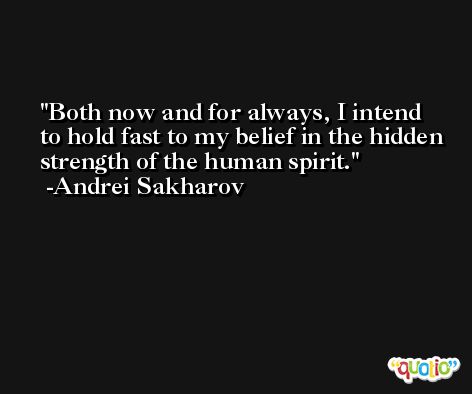 Our country, like every modern state, needs profound democratic reforms. It needs political and ideological pluralism, a mixed economy and protection of human rights and the opening up of society.

I worked under conditions of the highest security and under great pressure, first in Moscow and subsequently in a special secret research centre. At the time we were all convinced that this work was of vital significance for the balance of power in the world and we were fascinated by the grandeur of the task.