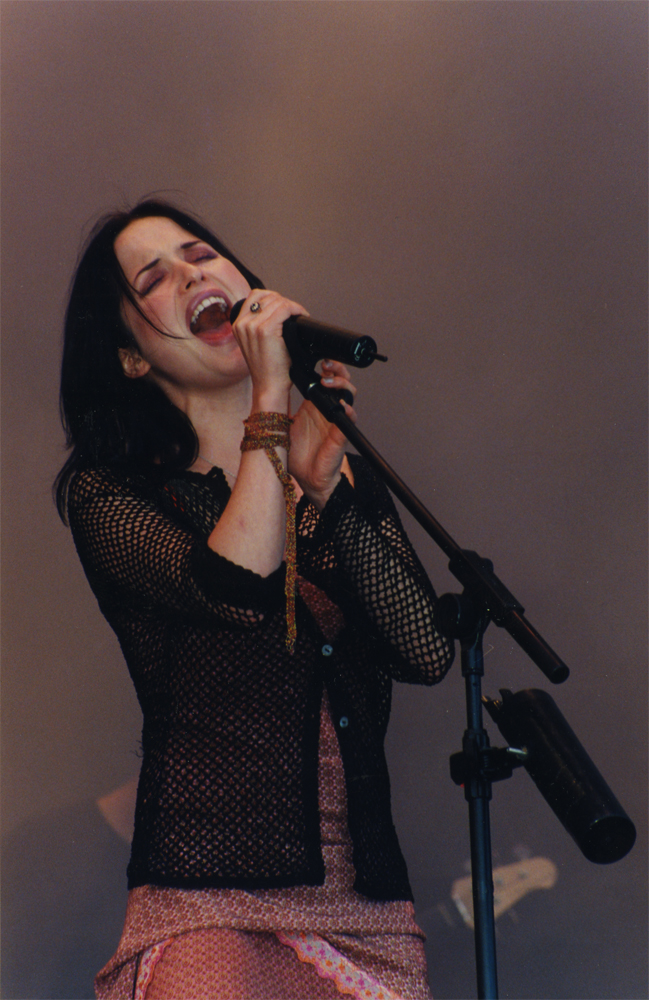 "Andrea Jane Corr" MBE is an Irish musician, songwriter, and actress. Corr debuted in 1990 as the lead singer of the Celtic music/Celtic folk rock and pop rock group The Corrs along with her three elder siblings Caroline Corr/Caroline, Sharon Corr/Sharon, and Jim Corr/Jim. Aside from singing lead vocals Corr plays the tin whistle and the piano.

With the others, Corr has released five studio albums, two compilation albums, one remix album and two live albums. The Corrs are currently on hiatus as all four are raising their respective children. Andrea is also pursuing a solo career, releasing her debut album, Ten Feet High, in 2007. The album moved away from the folk-rock genre of The Corrs and features a darker, edgier dance-pop sound. Her next album, released on 30 May 2011, was entirely made up of covers of songs that were important to her when younger.

In the summer of 2012, she re-recorded the track "Pale Blue Eyes" (which had first appeared on her album "Lifelines") with German electronic musician Christopher von Deylen, better known under his alias Schiller (band)/Schiller. It was released in Germany on 5 October on the Schiller album Sonne (Schiller Album)/Sonne.

If you enjoy these quotes, be sure to check out other famous musicians! More Andrea Corr on Wikipedia.

I hate people who splash their own pain on covers, like the whole world should hear about them. Why are we all supposed to be interested in one individual's suffering? 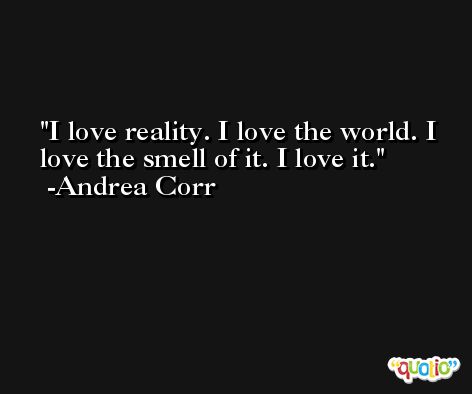 I just feel that if somebody happened to fancy somebody else, well, then, I should be a friend that he can say it to.

I think paranormal experiences are very personal, again, if they are that. Yes, sometimes I've felt that some things I would personally believe enough for me to take action on it... like, you know, I felt something happen in a hotel once that made me never stay there again. 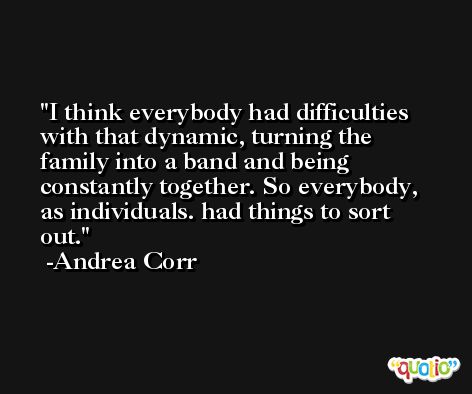 I love watching people, and that's what I do; just go for a walk at about 4 o'clock, and go down a busy street, where you see people coming out of school and you get a glimpse of their lives, what they're talking about.

On the paparazzi: I just want them to catch me with my dad and try to turn it into some 'handsome, mystery hunk'. 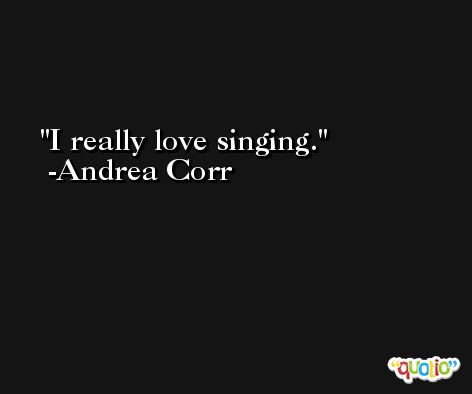