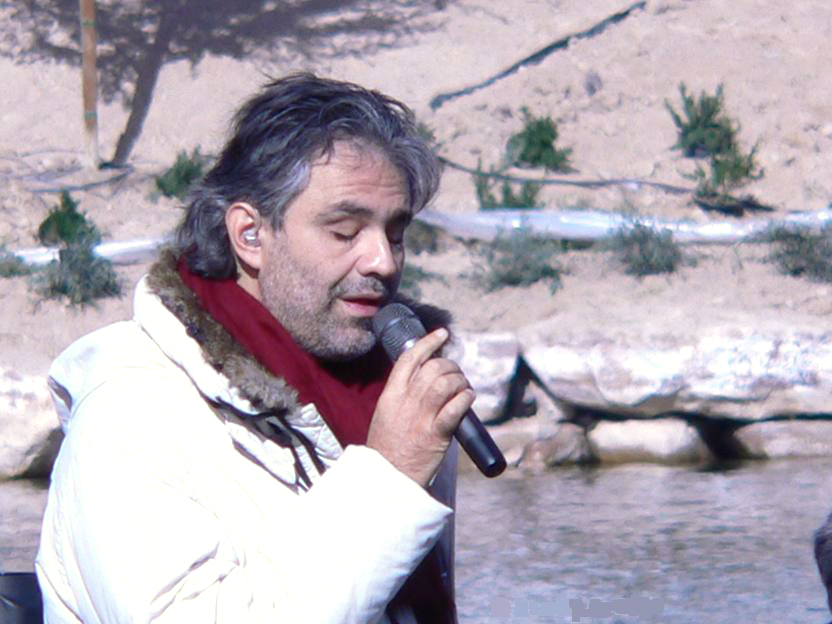 "Andrea Bocelli", is an Italians/Italian Operatic tenor and singer-songwriter. Born with poor eyesight, he became Blindness/blind at the age of twelve following an association football accident.

Bocelli has recorded fourteen solo studio albums, of both pop music/pop and classical music, three greatest hits albums, and nine complete operas, selling over 150 million records worldwide, making him one of the List of best-selling music artists#75 million to 99 million records/best-selling music artists. He has had success as a crossover performer bringing classical music to the top of international pop charts.

If you enjoy these quotes, be sure to check out other famous musicians! More Andrea Bocelli on Wikipedia.

All that counts in life is intention.