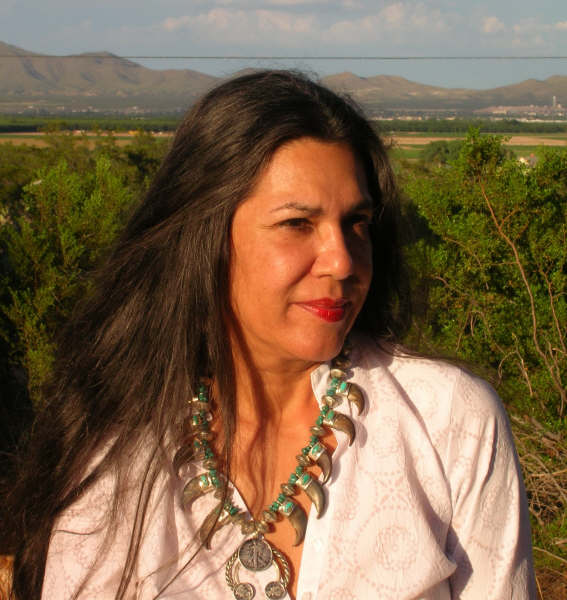 "Ana Castillo" is a Mexican-American Chicano/Chicana novelist, poet, short story writer, essayist, editor, playwright, translator and independent scolar. Considered as one of the leading voices in Chicana experience, known for her experimental style as a Latino novelist. Her works offer pungent and passionate socio-political comment that is based on established oral and literary traditions. Castillo's interest in race and gender issues can be traced throughout her writing career. Her novel, Sapogonia was a New York Times Notable Book of the Year. She is the editor of "La Tolteca", an arts and literary magazine. Castillo held the first Sor Juana Inés de la Cruz Endowed Chair at DePaul University. She has attained a number of awards including an American Book Award from the Before Columbus Foundation for her first novel, "The Mixquiahuala Letters", a Carl Sandburg Award, a Mountains and Plains Booksellers Award, a fellowship from the National Endowment for the Arts in fiction and poetry and in 1998 Sor Juana Achievement Award by the Mexican Fine Arts Center Museum in Chicago.

If you enjoy these quotes, be sure to check out other famous novelists! More Ana Castillo on Wikipedia.

I'm concerned about a lot of serious border issues. This book is about the border reality and the struggles of the undocumented worker.

There are things coming from me that I felt I wanted to talk about. My search for my own blend of spirituality, my acknowledgement of my sexuality, my being the single mother of a young man. 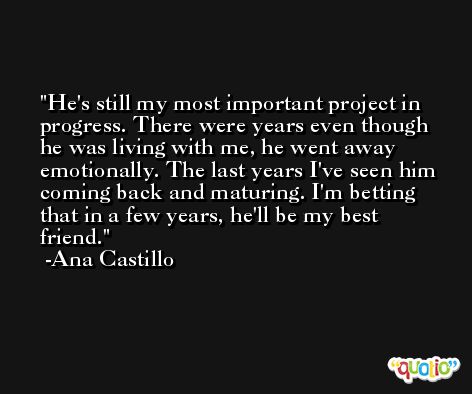 I started having dreams that there was a home for me there. The desert motivates me in a very different way than the city. There's a very harsh brutality that calls upon your survival instincts. It's a harshness that is very beautiful to me. I feel very much a part of this wilderness.