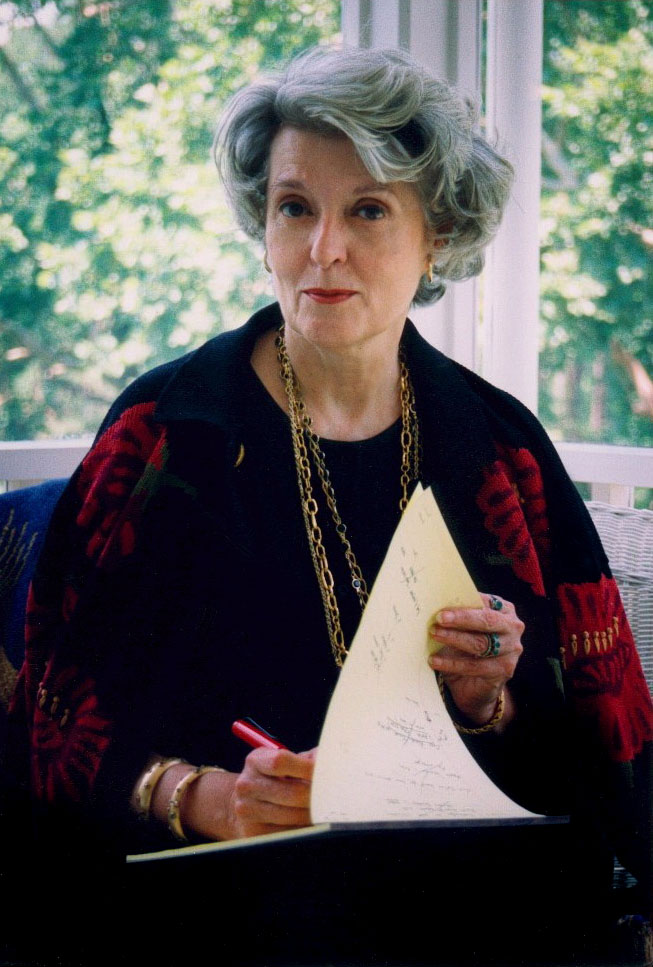 "Alexandra Ripley", née Braid was an United States/American writer best known as the author of Scarlett (Ripley novel)/Scarlett (1991), written as a sequel to Gone with the Wind. Her first novel was Who's the Lady in the President's Bed? (1972). Charleston (1981), her first historical novel, was a bestseller, as were her next books On Leaving Charleston (1984), The Time Returns (1985), and New Orleans Legacy (1987). She attended the elite Ashley Hall (school)/Ashley Hall, in Charleston, South Carolina, and Vassar College in Poughkeepsie (town), New York/Poughkeepsie, New York.

Ripley was thrice wed; to Leonard Ripley, an early partner and recording engineer at Elektra Records, Thomas Garlock, and John Graham (1926-2007), a former professor at The University of Virginia, from whom she was separated at the time of her death.

She died in Richmond, Virginia, and is survived by two daughters from her first marriage to Leonard Ripley, a son in law and granddaughter, Alexandra Elizabeth.

If you enjoy these quotes, be sure to check out other famous writers! More Alexandra Ripley on Wikipedia.

We're not home-and-hearth people. We're the adventurers, the buccaneers, the blockade runners. Without challenge, we're only half alive.

Should-haves solve nothing. It's the next thing to happen that needs thinking about.