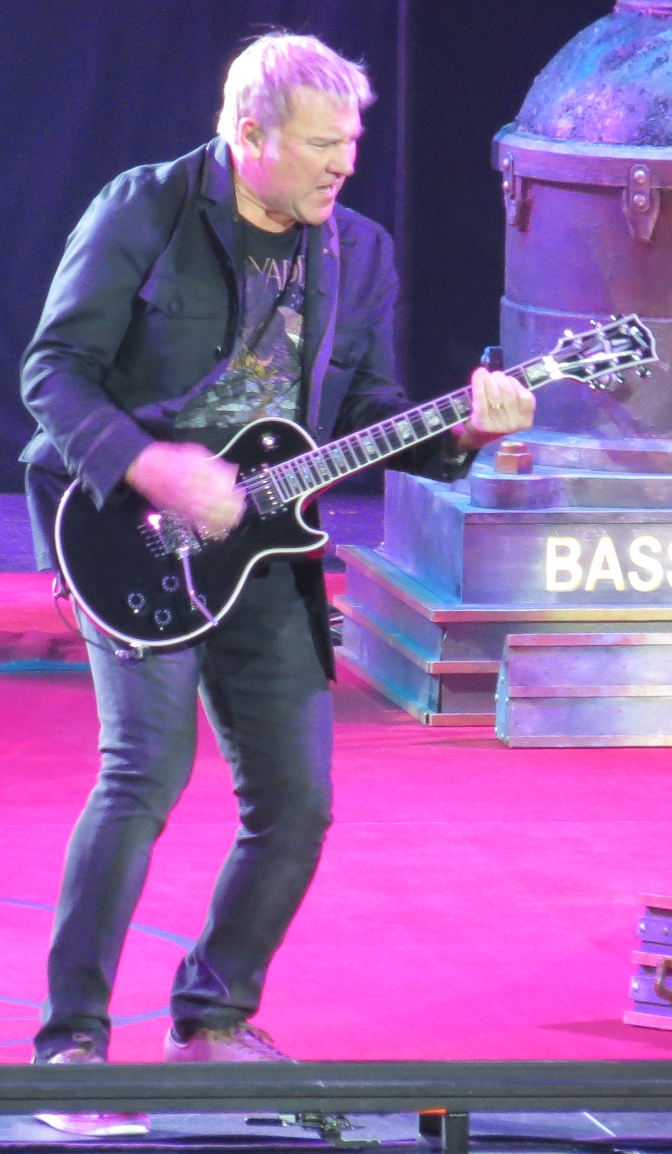 "Aleksandar Živojinovi?" Order of Canada/OC, better known by his stage name "Alex Lifeson", is a Canadian musician, best known as the guitarist of the Canadian rock band Rush (band)/Rush. In 1963, Lifeson co-founded the band that would become Rush. Other co-founders are friend and drummer John Rutsey, bassist and lead vocalist Jeff Jones (musician)/Jeff Jones, and Jones's successor, current front man Geddy Lee a month later. Lifeson has been an integral member of the band ever since.

For Rush, Lifeson plays electric and acoustic guitars as well as other stringed instruments such as mandola, mandolin, and bouzouki. He also performs backing vocals in live performances, and occasionally plays keyboards and bass pedal synthesizers. Like the other members of Rush, Lifeson performs real-time on-stage triggering of Sampler (musical instrument)/sampled instruments, concurrently with his guitar playing.

The bulk of Lifeson's work in music has been with Rush, although Lifeson has contributed to a body of work outside of the band as well. Aside from music, Lifeson is part-owner of The Orbit Room, a bar and restaurant located in Toronto, Canada, a painter, and a licensed aircraft Aviator/pilot.

If you enjoy these quotes, be sure to check out other famous musicians! More Alex Lifeson on Wikipedia.

When Neil called, I have to say that my heart soared. And the reason really was because it said so much about his recovery - that he was coming back to the world of the living. I mean, even if he wasn't really ready for it, he was making an attempt, and there was that little faint light in him that was glowing again.

It was interesting to see the development in the arrangements, and how our sound changed over the course of a decade. I definitely found it fascinating, looking at that. And how the stage show changed over the years ? of course, [in] 10 years a lot of stuff changes. But it was a little fascinating to watch that, actually. 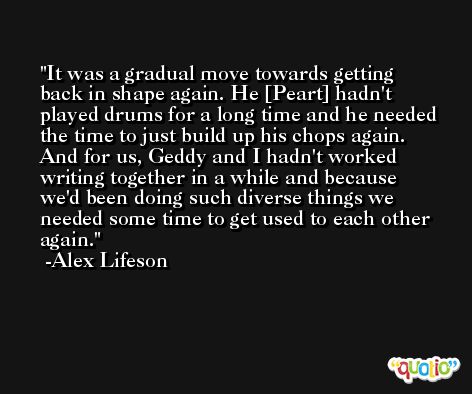 Today closes a difficult and painful period in the lives of my family, my friends and myself. But the sun is shining and it feels good.

We got together and it was very slow. The first two weeks we spent just talking about everything - I don't think we played a single note.