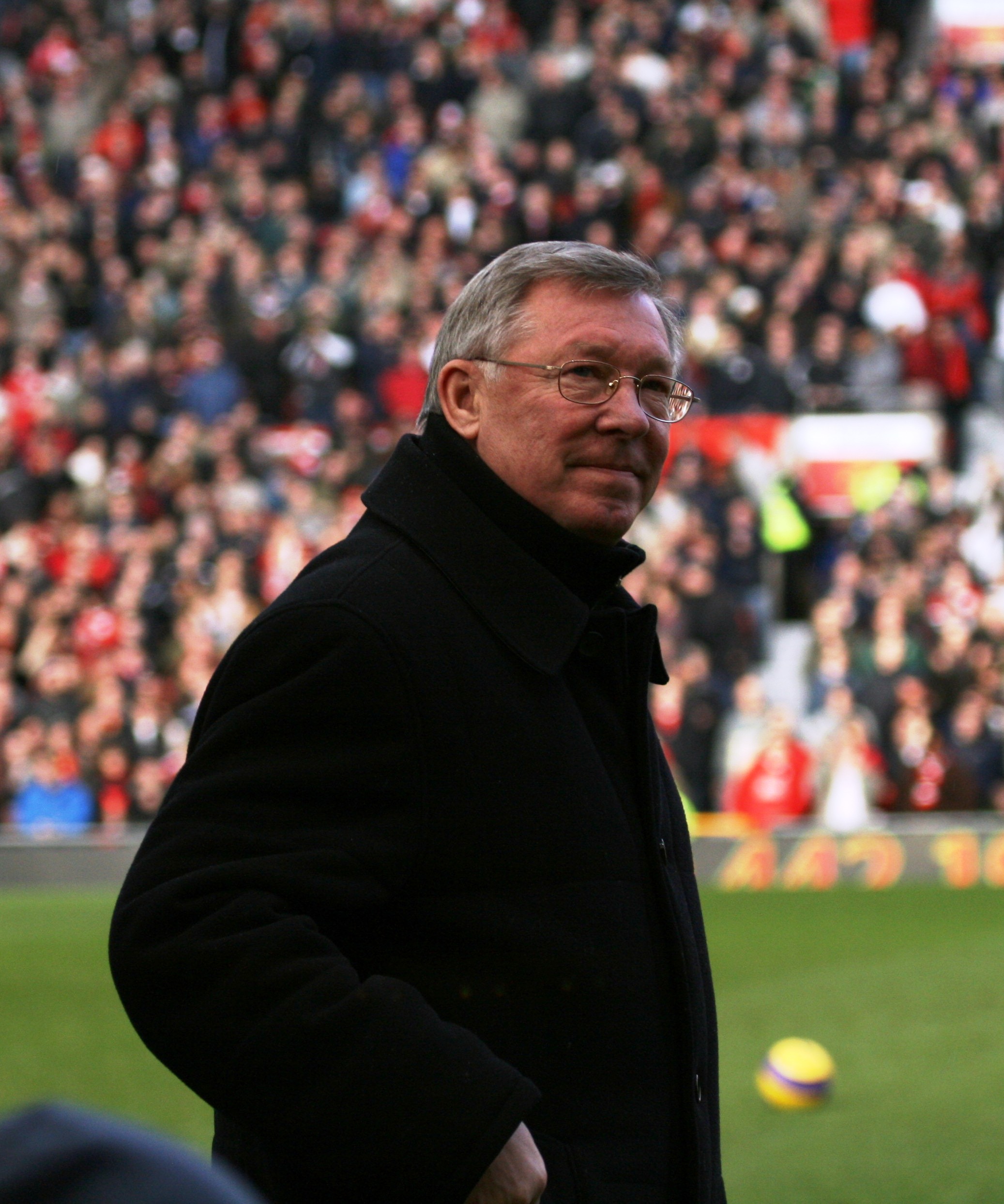 "Sir Alexander Chapman "Alex" Ferguson", Order of the British Empire/CBE, is a Scottish former Manager (association football)/football manager and football player/player who managed Manchester United F.C./Manchester United from 1986 to 2013. His time at the club has led to Ferguson being regarded as one of the most successful, admired and respected managers in the history of the game.

If you enjoy these quotes, be sure to check out other famous coaches! More Alex Ferguson on Wikipedia.

Everyone remembers Stuart Pearce as a determined, aggressive player, who played with great heart and enthusiasm that gave him a great career in the game. 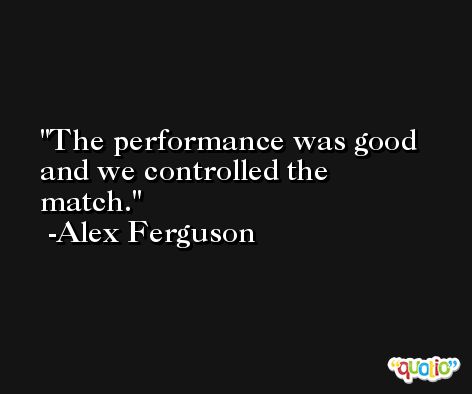 Our second goal was a great example for any person who wants to get to the very top. Wayne has a fantastic work ethic. Today wasn't a great performance but we were determined in the defensive part of our game.

The second goal was a great example for any young person who wants to get to the top. That was a fantastic work ethic. 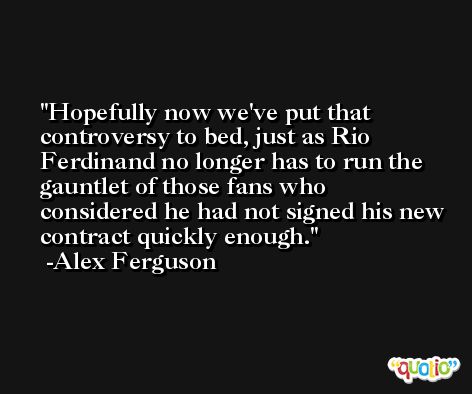 I feel that other issues have been laid to rest, not in a grudging way, but in the spirit I urged, as a truly united football club.

We controlled the game without finishing them off. 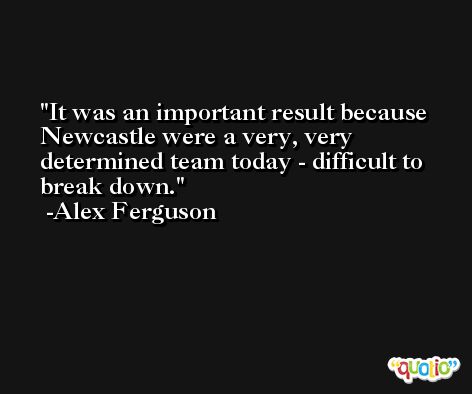