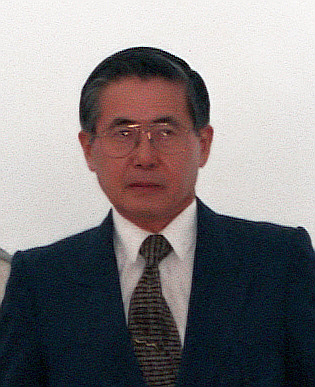 "Alberto Fujimori Fujimori" is a Peruvian politician. He was List of Presidents of Peru/President of Peru from 28 July 1990 to 17 November 2000. A controversial figure, Fujimori has been credited with the creation of Fujimorism, defeating the Shining Path insurgency in Peru and restoring its macroeconomics/macroeconomic stability. However, he was criticized for his authoritarianism/authoritarian way of ruling the country (especially after 1992) and was convicted for human rights violations. Even amid his prosecution in 2008 for crimes against humanity relating to his presidency, two-thirds of Peruvians polled voiced approval for his leadership in that period.

A Japanese Peruvian/Peruvian of Japanese descent, Fujimori fled to Japan in 2000 amid a corruption scandal, where he attempted to resign his presidency. His resignation was rejected by the Congress of the Republic of Peru/Congress of the Republic, which preferred to remove him from office by the process of impeachment. Wanted in Peru on charges of corruption and human rights abuses, Fujimori maintained a self-imposed exile until his arrest during a visit to Chile in November 2005. He was finally extradited to face criminal charges in Peru in September 2007.

If you enjoy these quotes, be sure to check out other famous statesmen! More Alberto Fujimori on Wikipedia.

In Latin America we are now fully aware that integration is an integral tool, ... should not lead to frustration for anyone. 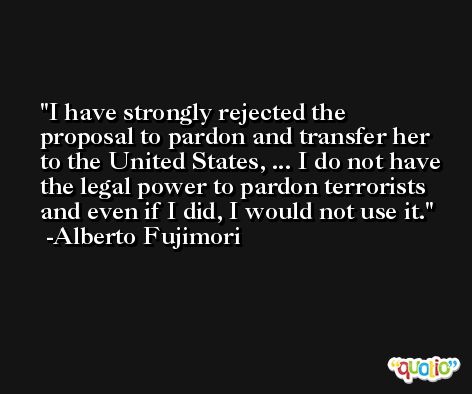 I want to go back (to Peru)someday, but I don't know when.

You can't talk about peace nor agreement while terror is used as the main argument. 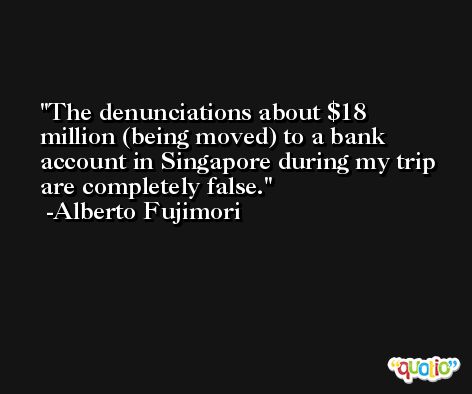 Without dialogue, there will never be a solution.

We have declared a total freeze on military movement. 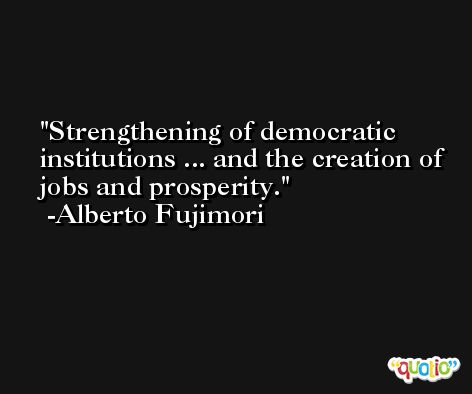