"Berthold Konrad Hermann Albert Speer" was a German architect who was, for a part of World War II, Minister of Armaments and War Production for the Nazi Germany/Third Reich. Speer was Adolf Hitler's chief architect before assuming ministerial office. As "the Nazi who said sorry", he accepted moral responsibility at the Nuremberg Trials/Nuremberg trials and in his memoirs for complicity in crimes of the Nazi regime, while maintaining a façade of ignorance.

Speer joined the Nazi Party in 1931, launching himself on a Political career of Albert Speer/political and governmental career which lasted fourteen years. His architectural skills made him increasingly prominent within the Party and he became a member of Hitler's inner circle. Hitler instructed him to design and construct structures including the Reich Chancellery and the Nazi party rally grounds/Zeppelinfeld stadium in Nuremberg where Party Nuremberg Rally/rallies were held. Speer also made plans to Welthauptstadt Germania/reconstruct Berlin on a grand scale, with huge buildings, wide boulevards, and a reorganized transportation system.

If you enjoy these quotes, be sure to check out other famous architects! More Albert Speer on Wikipedia.

I would rather not tell you here things which every German has at heart.

Temporarily in 1934 I became a department head in the German Labor Front and dealt with the improvement of labor conditions in German factories. Then I was in charge of public works on the staff of Hess. I gave up both these activities in 1941. 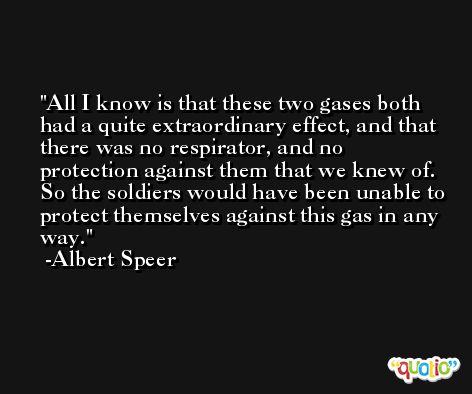 All sensible Army people turned gas warfare down as being utterly insane since, in view of your superiority in the air, it would not be long before it would bring the most terrible catastrophe upon German cities, which were completely unprotected. 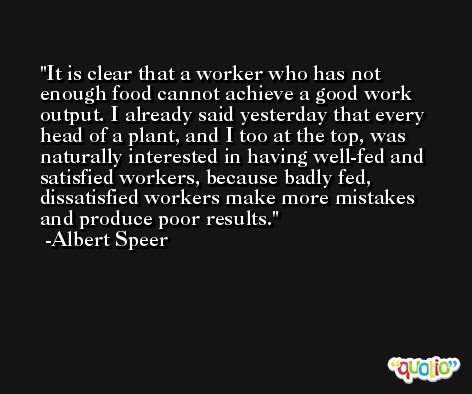 In all my activities as Armament Minister I never once visited a labor camp, and cannot, therefore, give any information about them.

No doubt concentration camps were a means, a menace used to keep order. 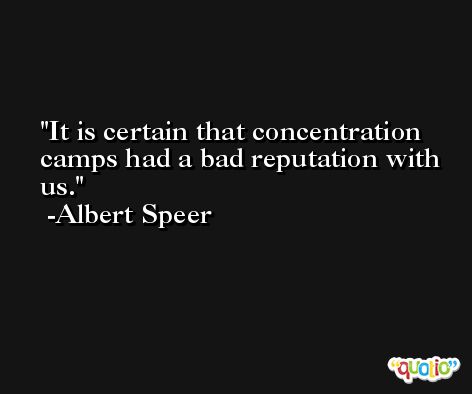