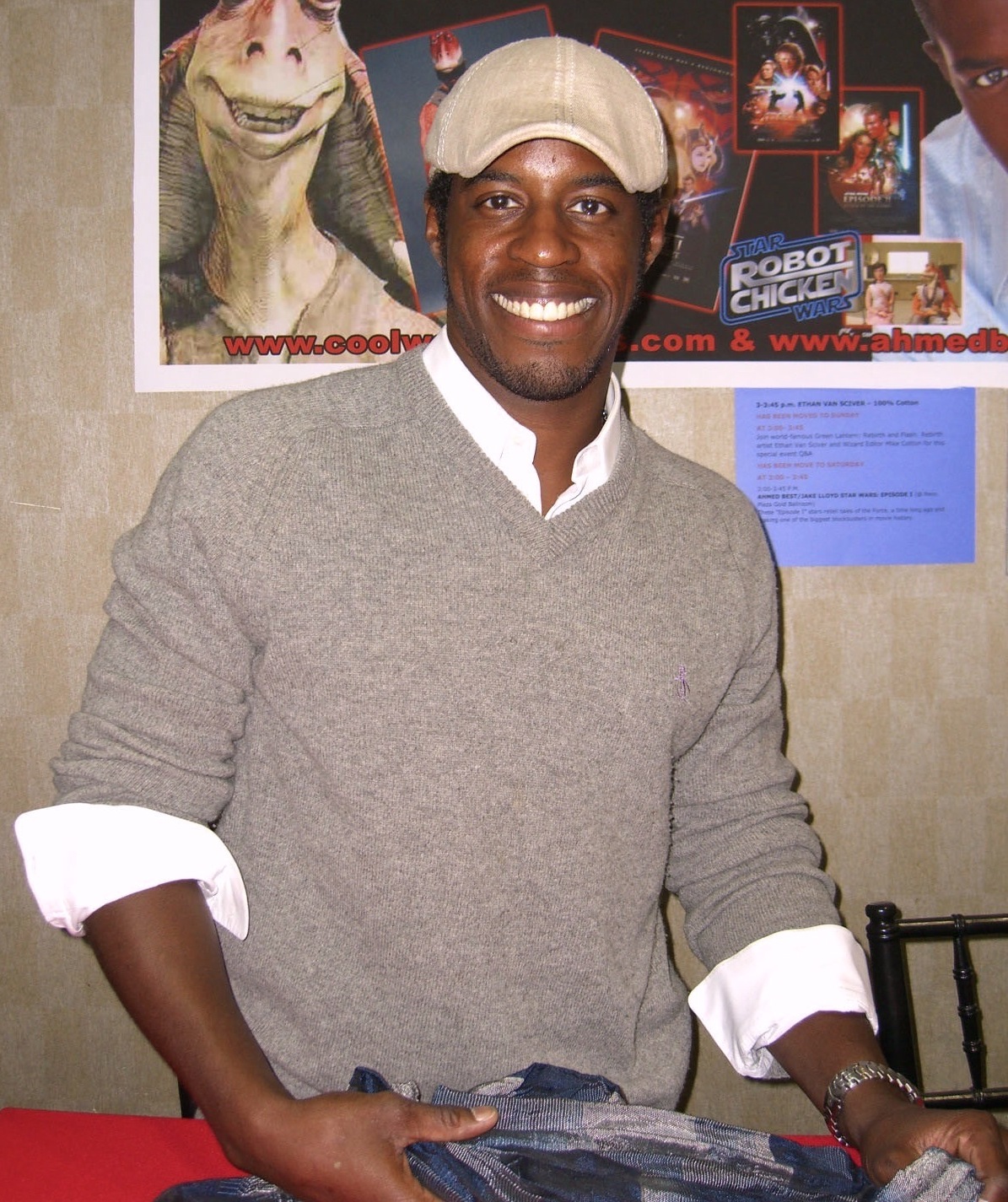 "Ahmed Best" is an American voice actor and musician. He rose to prominence in the 2000s for providing the voice of Jar Jar Binks in the Star Wars franchise. He later turned to television, where he reprises his role as Jar Jar Binks in the Robot Chicken Star Wars special. He also created, wrote, directed and produced his own TV show called This Can't Be My Life. He has collaborated with director George Lucas in three films and five episodes of the cartoon show, Star Wars: The Clone Wars (2008 TV series)/Star Wars: The Clone Wars. He has won the Annie Award for Best Voice Acting in an Animated Television Production.

If you enjoy these quotes, be sure to check out other famous actors! More Ahmed Best on Wikipedia.

I'm recording another demo for another batch of record labels that we'll shop it around to.

I'm going to move on and do other things. My life isn't going to be about Jar Jar Binks. 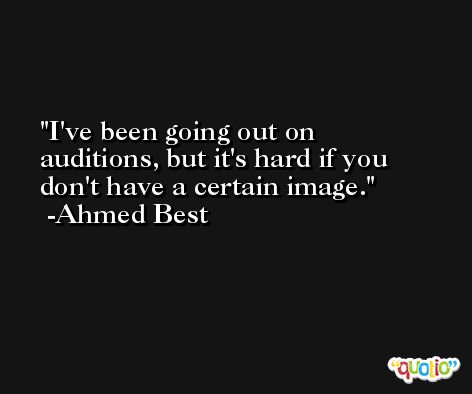 I dug all the fighting, like the saber fights.

We like to think of film and music as art, but actually art is something that is not restricted. 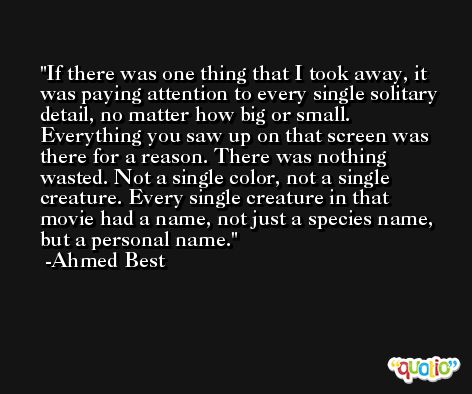 Not only do I think that has no validity, I think it's really stupid for anyone to put their own prejudices and their own homophobia on a complete fantasy movie.