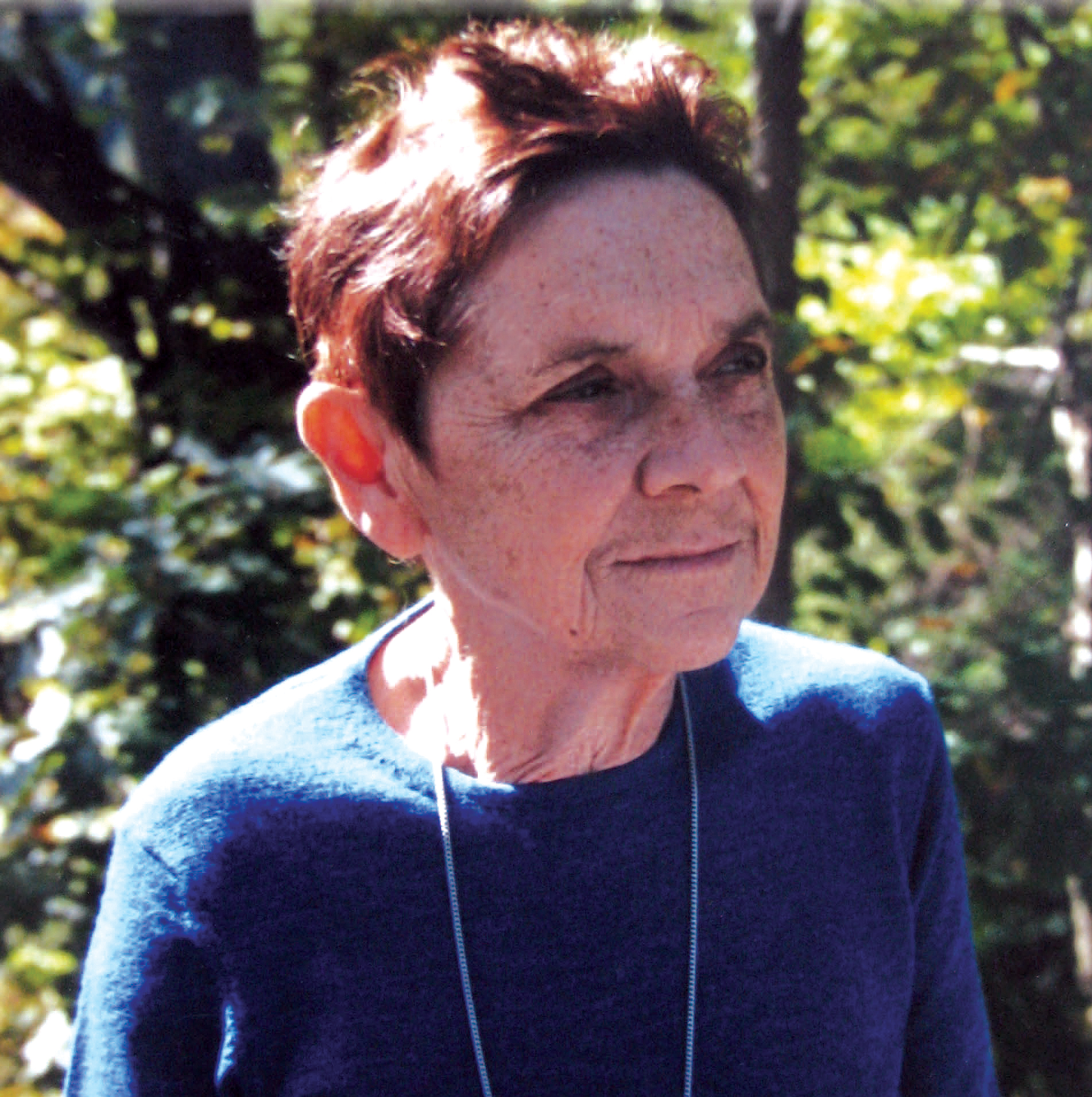 "Adrienne Cecile Rich" was an American poet, essayist and feminist. She was called "one of the most widely read and influential poets of the second half of the 20th century", and was credited with bringing "the oppression of women and lesbians to the forefront of poetic discourse."

Her first collection of poetry, A Change of World, was selected by the senior poet W. H. Auden for the Yale Series of Younger Poets Award; she went on to write the introduction to the published volume. Rich famously declined the National Medal of Arts, protesting the United States House of Representatives and Speaker of the House/Speaker Newt Gingrich/Gingrich's vote to end funding for the National Endowment for the Arts.

If you enjoy these quotes, be sure to check out other famous poets! More Adrienne Rich on Wikipedia.

Lying is done with words and also with silence.

When a woman tells the truth she is creating the possibility for more truth around her. 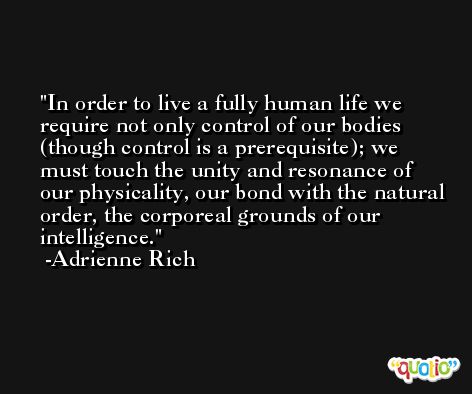 It's exhilarating to be alive in a time of awakening consciousness; it can also be confusing, disorienting, and painful.

Every journey into the past is complicated by delusions, false memories, false namings of real events. 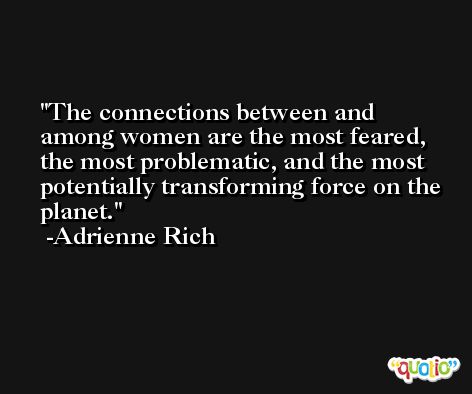 False history gets made all day, any day, the truth of the new is never on the news.

I keep coming back to you in my head, but you couldn't know that, and I have no carbons.